Known for his sense of humour and services to cricket, Phil Tufnell is an instantly recognisable personality of the sport. Known for his role on 'A Question Of Sport', Phil's career has excelled massively since retiring as a cricket player. Phil is known in the world of cricket for being a fantastic spin bowler, and his later punditry around the sport.

Phil Tufnell had a long career playing for Middlesex County Cricket Club when in 2003 he sadly announced his retirement from the sport. Phil was one of the greatest wicket-takers in history, taking over 1,000 wickets over 16 years. Known as an unpredictable and creative bowler, Phil was able to think outside the box, and that is what made him a fantastic spinner. Since the end of his playing days, he has moved past the sport and into a new career; transforming himself into a TV personality.

Recently Phil was crowned the King Of The Jungle in the popular TV show, I’m A Celebrity... Get Me Out Of Here!. Being a TV personality is one thing, but did you know that Phil also took the time to write several books? He wrote an autobiography called What Now?, which details the life of an international cricketer, and how his life was shaped by the game.

Later on he produced the humorous 'Bible of Cricket' called the A To Z of Cricket, created with Adam Hathaway. During his career, Phil Tufnell finished in the top 40 English wicket-takers of all time, with an average scoring of 37.68. While his playing career has come to an end, he is a fantastic TV personality, radio personality, and most importantly a phenomenal motivational cricket speaker.

"Phil Tufnell provided a great night’s entertainment, with many humorous stories of his career in cricket and broadcasting along with his ‘winning trip to the Jungle’!!” - Brian,  AFC Bournemouth

“The event went really well. Please say thank you Phil from us. He stuck around for a drink after and spoke with attendees and took photos. The customers absolutely loved it.” - James, Alteryx

"I thought he was good value – he was good for a laugh, got into the spirit of the event and certainly did not shy away from answering any of the Q&A in my room!" - Mike, CDW UK

"We thought Phil was great, he got into the spirit of the event and it felt like he was one of the team. The general feel was that Phil was really funny and engaging. People loved the experience as a whole and we felt Phil topped it off for everyone." - Carolyne, CDW UK

Back to 'Cricket Speakers'
To book Phil Tufnell as the speaker for your corporate event, function or conference, contact The Motivational Speakers Agency using the contact details below:
Enquiry form 0207 0787 876 [email protected]
* 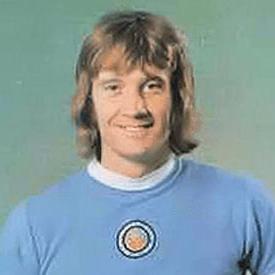