Sir Bobby Charlton is a footballing legend. A key member of England's 1966 World Cup-winning team, a Ballon d'Or winner and former Manchester United captain, Charlton is widely regarded as one of the greatest players to have ever played the game.

His career in football brought a host of significant triumphs. He remains Manchester United's second most capped player of all time, behind only Ryan Giggs and the second highest scorer of all-time behind Wayne Rooney. He is remembered fondly by fans of Manchester United after scoring an impressive 249 goals in 758 games for the club. In 2016, 60 years after his club debut, the club named the Sir Bobby Charlton Stand after their iconic former player.

He also remains a national treasure for his role in England's 1966 Football World Cup win and their only one to date. He made 106 appearances for England during his international career, six of which came in the 1966 World Cup.

Playing a crucial role for England throughout the tournament, Charlton scored England's first goal in the second game against Mexico to get England's World Cup bid up and running. It was perhaps his superb semi-finals performance against Portugal that he showed his immense talent best.

Charlton scored the first goal of the game before adding a second to score a stunning double and put England into the final against West Germany. Coming up against Franz Beckenbauer proved a tougher proposition in the game, but he still helped England to a dramatic, pulsating and ultimately historic World Cup win, defeating West Germany 4-2 after extra-time.

Known as a player for his attacking instinct, Sir Bobby Charlton in his prime was one of the most elegant footballers in the world. His legacy remains a great one and has only been strengthened over time. Today the Manchester United and England legend is a fascinating inspirational football speaker, capable of engaging all manner of audiences with his wondrous achievements in the game. 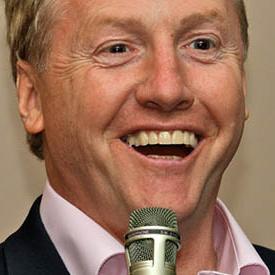