An Arsenal club legend and one of the most talented right backs in Premier League history, Lee Dixon made 619 appearances for Arsenal, making him the player with the fourth most appearances of all time at the club.

Today Lee Dixon is a popular football pundit and columnist, having regularly featured on the BBC, ITV and NBC over the years, covering Match of the Day, Football Focus and more.

After spells in the lower leagues at Burnley, Chester City and Bury as a youngster, Dixon forged an impressive partnership with Steve Bould at Stoke City. Both players then attracted the attention of The Gunners and moved for a combined £765k in 1988. The duo would make an immediate impact, helping the club to their first league title in 18 years in the 1988-89 season.

A forward-thinking yet defensively sound right back, Dixon became part of a solid defensive force at Arsenal, featuring the likes of Tony Adams, David O'Leary, David Seaman, Martin Keown, Steve Bould and Nigel Winterburn, who like Dixon would cement his place at full back for the next decade. Though there were small tweaks to Arsenal's defence over the years, it became a hallmark of their game, and Dixon would be one of the best around.

Dixon was perhaps unlucky at international level, as a certain Gary Neville of Manchester United appeared ahead of him for England, in most cases. He would still be capped 22 times for his country.

Dixon would remain the first choice right back at the club, later helping them to a memorable league and cup double in the 1997-98 season under new manager Arsene Wenger, who had a deeply attacking philosophy. Under his stewardship, Arsenal would repeat their 1997-98 double in remarkable fashion in the 2001-02 season. In what would prove to be Dixon's final season before his retirement from Arsenal, the club recorded an unbeaten season, the first and only time in Premier League history, earning them the nickname, 'The Invincibles'.

Able to share his experiences of lifting historic doubles and forming part of one of Arsenal's greatest defences, as well as his opinions and analysis on the modern game, Lee Dixon is the perfect football speaker for your after dinner or sporting event.

To book Lee Dixon as the speaker for your corporate event, function or conference, contact The Motivational Speakers Agency using the contact details below: 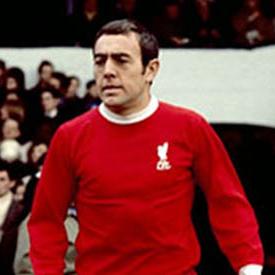