Rodney Marsh is one of those larger than life characters renowned for saying it like it is – making him the ideal choice as motivational speaker for any event or conference.

A close friend of the late, great George Best, Marsh made his name playing for such major English football clubs as West Ham, Queens Park Rangers, Manchester City and Fulham. He also played international matches for England and moved to America in the mid-1970s to play for Tampa Bay Rowdies.

He later became head coach and general manager for the team and went on to hold coaching positions at New York United and Carolina Lightning. After retiring from football, Rodney made a name for himself as a TV sports pundit, working for the likes of the BBC, CNN, ITV, NBC, Channel 4, ESPN, CBS, talkSPORT (he hosted his own daily drive-time radio talk show and worked in Germany during the 2006 World Cup) and Sky, where he spent 12 years on the Sky Sports series Gillette Soccer Saturday.

He also took part in an extremely well-received series of live road shows alongside Best, who had also played for Fulham (famously tackling his team-mate Marsh on one occasion) and then also moved to America. In later years, Rodney set up The Marsh Group property development business in Florida, USA, with his son and become an in-demand motivational speaker around the world.

Watch an interview with Rodney here: 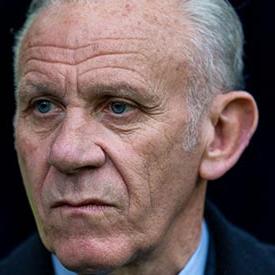