Lee Westwood OBE, born in 1973, is a professional golfer from England. Famed for his consistent playing ability, his multiple international wins speak for themselves along with his title of Player of the Year. As a sports speaker, his years of experience makes him an invaluable representative of the world of sport.

Born in Nottinghamshire, Lee started playing golf at the age of 13 when his grandparents bought him a set of golf clubs. To encourage his son, Lee’s father, a maths teacher, also took up the sport. Whilst at school, Lee was a promising sportsman in many competitive sports, including cricket, rugby and football. Despite his late start to the game compared to other future tournament winners, Lee earned the title of Junior Champion of Nottinghamshire only two years after he started playing. By 1990, he had secured his first tournament - The Peter McEvoy Trophy, and by 1993 he had won the British Youth Open Amateur Championship before turning professional.

Only three years after he invested his career into professional golf, Lee secured his first tournament - the Volvo Scandinavian Masters. From there, he progressed to the Sumitomo VISA Taiheiyo Masters, hosted in Japan. Staying in Japan, Lee went on to defend his title and win the Malaysian Open, the Holden Australian Open and the Volvo Masters in Spain. For the Ryder Cup in the following year, he partnered with Nick Faldo.

At the peak of Lee’s continually successful career, he was one of only a few golfers who triumphed in tournaments across five continents, Europe, North America, Asia, Africa and Oceania, to win competitions including the European Tour and the PGA Tour. In ten Ryder Cups Lee represented Europe, and ended Tiger Woods’ reign as the world's number one golfer in 2010. For 22 weeks, he held that position.

Amongst his many achievements, Lee has been crowned Player of the Year on three separate occasions. In celebration of his prominence within the golfing world, Nottingham Trent University named a sports hall after him, as well as presenting Lee with an Honorary degree of Doctor of Science in 2007. At the Queen’s 2011 Birthday Honours, he was awarded the Officer of the Order of the British Empire (OBE). As a public speaker, Lee is as driven and passionate as he is on the golf course. Dedicated to inspiring determination in his audience, Lee’s speeches will give your guests the tips and tricks to achieve peak performance.

To book Lee Westwood as the speaker for your corporate event, function or conference, contact The Motivational Speakers Agency using the contact details below: 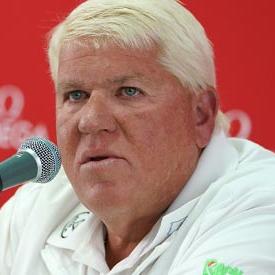