South Korean politician and diplomat, Ban Ki-moon formerly served as the 8th Secretary-General of the United Nations. Having also formerly acted as the Minister of Foreign Affairs and Trade, Ban Ki-moon has built extensive knowledge of international politics, trends, trade and economics and has also been a prominent advocate for issues surrounding climate change and the environment. As a speaker, Ban is continually sought by high-profile clients to deliver knowledgably on such subjects and bring understanding to complex issues.

Throughout his career, Ban Ki-moon has experienced some of the most pivotal occurrences of both the 20th and 21st century. Widely known as a South Korean politician, Ban first began his journey to politics at university. Attending the Seoul National University, he earnt a bachelor’s degree in international relations and later attended Harvard University where he obtained a Master of Public Administration. Upon graduating from university, Ban began his diplomatic service joining the Ministry of Foreign Affairs. Working his way through the ranks, Ban held several different roles such as Director of the United Nations International Organisations and Treaties Bureau, Director-General for American Affairs, Vice Chairman of the South-North Joint Nuclear Control Commission, Deputy Ambassador to the United States and National Security Advisor to the President. Such a wide variety of roles have allowed Ban to build incredible knowledge of international politics, which he is able to deliver eloquently on as a speaker.

After holding such variety of roles, Ban was appointed as the Foreign Minister of South Korea in 2004. His tenure as Foreign Minister saw him faced with major crises and he was also responsible for overseeing trade and aid policies. In his first year of service, Ban was faced with two major crises- the kidnapping and murder of Kim Sun-il by Islamic extremists and the devastating Indian Ocean tsunami. He was also a pivotal figure in the North-South Korean relationship, leading efforts to resolve North Korean nuclear issues.

Serving as Foreign Minister until 2007, Ban was then appointed as the Secretary-General of the United Nations in 2007. Once again, Ban was faced with many topical issues in his tenure as Secretary-General such including the threat of nuclear attacks, international terrorism and environmental disaster. He also adopted strong views surrounding global warming and the environment, pushing his advocacy for the subject with officials such as former President George W. Bush. One of his most prominent responsibilities as Secretary-General was convincing Sudan officials to allow UN peacekeepers to enter Darfur, ultimately sending 26,000 peacekeepers to the region. Ban served two terms as Secretary-General, prominently advocating for greater action on LGBT+ rights and homophobia around the world in his second tenure.

Passionate about issues surrounding the environment and global warming, Ban was appointed as the President of the Assembly and Chair of the Council of the Global Green Growth Institute in 2018. In his role, Ban has worked tirelessly to promote the green growth model of development, helping others to make the world a better place. Throughout his career, Ban has received countless awards such including the 1st Class Order of Merit in 1975, 1986 and 2006, the 2014 Tipperary International Peace Award and the 2016 Arctic Circle Prize. He has also been recognised in the Foreign Policy Top 100 Global Thinkers list and placed 32nd in Forbes’ World’s Most Powerful People list. Ban has also been bestowed with 20 honorary doctorates from some of the top educational establishments, such including the University of Washington and the University of Auckland.

As a public speaker, Ban is sought by high-profile clients to deliver eloquently on subjects such as international politics, current affairs, trends, trade and emerging economies. Previously, Ban has spoken for clients such as SAP, the Swiss Economic Forum, The Barclays Asia Forum, the Tax-Free World Association and the European Petrochemical Association. Passionate and knowledgeable, Ban Ki-moon is the perfect addition to your next event or conference.

"The program was fantastic!...SG Ban [was a] highlight. We really appreciate your help with securing [him]... I look forward to working with you on the next one!"- SAP

2007- Appointed as the 8th Secretary-General of the United Nations

2004- Appointed as the Minister of Foreign Affairs and Trade

Olympic Torchbearer for the 2012 and 2016 Olympic Games

Back to 'Sustainability & Environment Speakers'

To book Ban Ki-moon as the speaker for your corporate event, function or conference, contact The Motivational Speakers Agency using the contact details below: 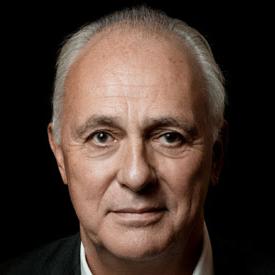 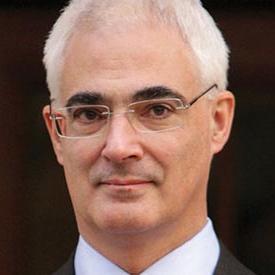