One of Britain's most well known and successful business magnates, Bernie Ecclestone has been at the forefront of the Formula One industry for over four decades. With unmatched experience, Bernie makes for a fascinating addition to all manner of corporate events.

At the helm of Formula One for over four decades, Bernie Ecclestone has revolutionised the industry, turning it from a niche racing competition to a global phenomenon and one of the most popular sports in the world.

Known for being the former CEO of the Formula One Group, Bernie managed the sport for many years, controlling the commercial rights to the sport and the standards, finance, administration, logistics of each Formula One Grand Prix. He also part-owns Delta Topco, which is the parent company of the Formula One Group. Bernie's influence and power over the industry led to the commonly referred to title of 'F1 Supremo', which he was often described as by the media.

The former chief executive of the Formula One Group always had a love for motorsports from an early age and by the end of the Second World War, Bernie had founded the Compton & Ecclestone motorcycle dealership with Fred Compton. This business went on to become one of the UK's largest used car and motorbike dealerships and Bernie even managed to persuade Compton to get involved in racing. By 1949, Bernie had experienced his first race in the 500cc Formula 3 Series.

A leading figure in the motorsports industry, Bernie is widely recognised all around the globe and has received global recognition for his work in the form of awards and honours from various countries. Most notably, in 2000 he was appointed the Grand Decoration of Honour in Gold for Services to the Republic of Austria and was made Commander of the Order of Saint-Charles by Monaco in 2006.

One of the most wealthy businessmen in the UK, Bernie has managed some of the biggest companies and organisations in the world. With a staggering backstory of self-made success, Bernie will motivate and inspire guests at any event he attends. 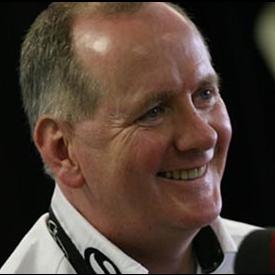