Having developed transverse myelitis at the age of 13, a condition in which the spinal cord is inflamed, Lauren suddenly found she had no feeling below her chest. However, not one to just give up, Lauren decided to take up Paralympic sport after being inspired by the 2012 London Paralympic Games.

Lauren has gone on to win a silver at the 2017 World Cup regatta in Poznan, however, due to injury Lauren was unable to feature at the World Championships in Sarasota-Bradenton. A truly inspirational figure, Lauren made the switch from athletics to rowing in 2015, only a year before qualifying and featuring at the Rio Paralympic Games. A magnificent story of true determination and perseverance, Lauren will inspire and motivate anyone that listens to her talks.

Most recently, Lauren was selected to compete for Team GB at the 2020 Tokyo Paralympic Games. Training hard and showing determination in the face of failure, Lauren competed in the games in 2021, after they were postponed due to the Covid-19 pandemic, and claimed Paralympic Gold in the R2 Mixed Double Skulls.

Watch the video below to see Lauren Rowles winning a gold medal at Rio 2016:

"The event was fantastic! Lauren was an amazing speaker, the feedback from our team members has been great. We had a few technical hiccups to begin with on our end and Lauren remained completely calm. Just some of the feedback we received: 'That was inspirational! What an amazing life story to listen to at 10 am on a Tuesday. Puts a whole lot in perspective & reminds you what is achievable', 'She's so inspirational!', 'Amazing story, just incredible!', 'Incredible!', 'Wow, simply speechless', 'Just wanted to send some feedback I thought the talk was phenomenal and so inspiring. I really appreciated Lauren's honesty with her struggles and it really does make you think that anything is possible when you put your mind to it and have people behind you to support. Just want to thank you for spending time talking through your journey!' and 'That was incredible, thank you!'. As this was such a success, I will be in touch soon about hiring some other speakers for internal talks" - Chemayne, Head of Wellbeing, Virgin Active

"Pass on a message to Lauren from all of us at ING UK and thank her for her time this afternoon. I'm getting inundated with messages from colleagues to say what an inspirational and amazing speaker she is and she truly was incredible- a huge thank you to Lauren, honestly we are so grateful that she shared her story with us and all her tips for building a more diverse and inclusive workplace!" - Victoria, ING UK

“As an NHS Trust we feel it is really important to celebrate the hard work and dedication of our staff and having Lauren there to present the awards to our staff made the evening that extra bit special. She made time to speak to everybody and we know how inspiring our staff found her story. Thanks so much for helping to make the evening a success.” – Worcestershire Health and Care NHS Trust

“Lauren was great and received and standing ovation. Her speech was truly inspirational and her incredible story worked really well within our programme. She touched everyone in the room and we received so much praise on the event due to her. Thanks so much Lauren again, it was an honour to have you as our guest speaker” – Sarah, London Borough of Barking and Dagenham

"Lauren was fantastic. She had some of our lot pretty much in tears. Really good speaker and a great story to tell. Thanks very much." - Peter, ROCC

"Thank you for your help with arranging Friday’s call with Lauren. It was a huge success and we have received nothing but positive feedback. Can you please also pass on our thanks to Lauren her story was inspiring and just her overall drive for success is amazing. Wishing her all the best in her next adventures to Tokyo, she has just inherited a company full of supporters" - Kelly-Ann, Insurance & Risk, Primeline Group

Back to 'Olympic Speakers'
To book Lauren Rowles as the speaker for your corporate event, function or conference, contact The Motivational Speakers Agency using the contact details below:
Enquiry form 0207 0787 876 [email protected]
* 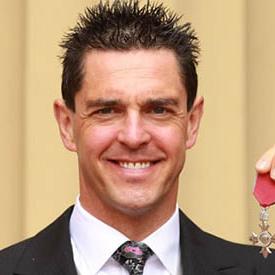 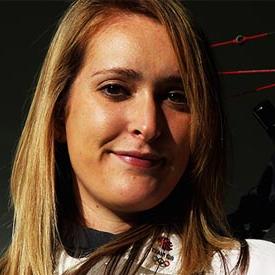