Former Heavyweight Champion of the World, Frank Bruno is famed for his highly influential career both in and out of the ring. Gaining an MBE for his boxing achievements, Frank has since gone on to use his platform to speak about the importance of mental health, something which he has struggled with.

A fighter both inside and outside the ring, Frank Bruno is best known for being the WBC Heavyweight World Champion. Gaining a career-high ranking of third best heavyweight internationally, Frank was an undeniable talent when it came to boxing, but his struggle outside of the ring with mental health was the most daunting fight of his career. From the highs of world titles to the lows of bipolar disorder, Frank has overcome huge hurdles to remain a highly successful public figure, a journey he discusses in-depth as an event speaker. Called on to inspire audiences through his personal experiences, Frank is a captivating speaker with an influential impact.

From the age of nine, Frank was honing his skills in the ring, giving him an early start in the sport he would later dominate worldwide. After becoming the youngest ever Amateur British Champion aged only 18, Frank turned his sights to becoming professional. Facing no end of renowned fighters, throughout his career Frank came up against the likes of Mike Tyson, Lennox Lewis and Carl Williams. In 1995, Frank met his match in Oliver McCall at his fourth world title challenge, where after 12 rounds he won to be named the WBC World Heavyweight Champion, the pinnacle of his success. Overall, Frank won by knockout in 38 of his 40 victories, a testament to the power he held as a competitor.

Despite such evident success, Frank suffered from mental health problems outside of the ring and was sectioned under the Mental Health Act on two occasions. Since being diagnosed with depression and bipolar disorder, Bruno has been an active voice in the need for greater support for those struggling, particularly for people who have careers in the public eye. In 2006 he published the book ‘Frank: Fighting Back’ about his journey, and recently authored ‘Let Me Be Frank’ detailing the highs and lows of his influential career. He has further raised awareness of mental health through various television documentaries.

Currently one of the most popular speakers on the circuit, Frank is booked to discuss both his career and subsequent mental health journey. Travel around the world sharing his story, Frank has spoken for audiences as far as Thailand, Spain and all over the UK. With an innate understanding of the qualities required to reach peak performance and the mental resilience needed to maintain it, Frank motivates audiences to inhibit such qualities in their own lives.

Frank discusses his previous fights & his predictions for upcoming ones:
Learn more about Frank in this clip:

“Frank was charming and professional, everyone thought he was lovely. Please, could you pass on our thanks to him for making it a great evening.” - Aimee Turpie, General Builder

“Frank was an absolute Gent. Please pass on our thanks to him, we really could not have asked for any more from him. He was a pleasure to deal with from start to finish.” - Alex Byland, Byland Countryside Services

“Just want to say a personal thank you to yourself and Frank for his work at the weekend. Without a doubt, one of the nicest people I have ever met, made the night for everyone and I can’t thank you enough. Everybody loved him.” - Shawn Burton, Majestics Personal Training

"The event went amazingly well, thank you. Frank was incredible! He arrived on time and nothing was too much trouble. All round lovely, lovely man." - Holly, Crossbar Coaching

Published two books: Let Me Be Frank and Frank: Fighting Back

Back to 'Boxing Speakers'
To book Frank Bruno as the speaker for your corporate event, function or conference, contact The Motivational Speakers Agency using the contact details below:
Enquiry form 0207 0787 876 [email protected]
* 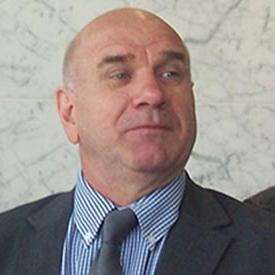