Making a name for himself as the successful underdog of British boxing, Watson competed as the Middleweight fighter for both the WBO Championship and for European and Olympic championship teams. However in a rematch with Eubanks, Watson was knocked down, his head colliding with the ropes, where he remained, for almost ten minutes, without medical attention.

It took a further twenty minutes before Watson was admitted to a neurology ward and six operations to remove the resulting blood clot. After months in a coma and an inability to walk, speak or hear Watson went on to spend the next few years in a wheelchair.

One of the most inspirational sports speakers working on the boxing speaker circuit Watson dedicated himself to his recovery and in 2003, six years after regaining the ability to walk, Michael Watson MBE made headlines when he successfully completed the London Marathon.

With his neurologist and now personal friend Chris Eubank by his side Watson walked for two hours every morning for six days, sleeping in a travelling bus that followed him along the route, and finally crossed the finish line on 13th April. Watson was awarded an MBE in 2004, with the Queen herself commenting on his determination and achievements; there are few truly awe-inspiring people in the world, however, Michael is one of them. With a wealth of moving and genuinely personal experiences to share about his recovery, Michael is unlike any other boxing speaker currently working on the sports speaker circuit.

To book Michael Watson as the speaker for your corporate event, function or conference, contact The Motivational Speakers Agency using the contact details below: 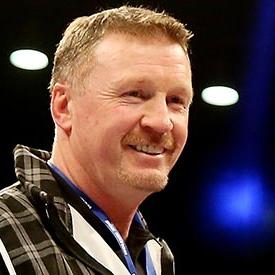