The founder and CEO of Global Professional Practicum, Jessica Lui has been recognised for her incredible industry success as one of Canada’s Top 100 Most Powerful Women. A United Nations Youth Ambassador and advisor to the White House, Jessica’s career is nothing short of remarkable.

Award-winning entrepreneur, Jessica Lui, is the CEO of GPP and a trusted advisor in the field of tech. Having built her own business from the ground up, to be recognised internationally, Jessica Lui has since supported a range of corporate clients, varying from start-ups to global leaders in enhancing the potential of their management. Additionally, passionate about improving the representation of women in STEM, Jessica has shared numerous talks on the power of diversity in advancing businesses.

Best known as the Founder and CEO of Global Professionals Practicum, Jessica established the business in 2014. With the aim of coaching women in STEM industries, Jessica utilises her personal experience, carving her own career, to ensure aspirational women have the tools to succeed. Through a combination of online learning and in-person executive coaching, Jessica has transformed the potential of numerous clients and established herself as an influential change agent in leadership. Following her success at GPP, Jessica was invited to the Global Entrepreneurship Summit hosted by Barack Obama.

Outside of her work as a CEO, Jessica is a committed humanitarian, and a United Nations Youth Ambassador, a testament to her passion and influence despite being in the early stages of her career. Having made an impact with her extensive work, Jessica was named in Canada’s Top 30 Under 30 and recognised as a Woman of Inspiration, in addition to her position on Canada’s Top 100 Most Powerful Women. Currently, Jessica dedicates much of her time to advisor roles, one of which being a Management Consultant for Deloitte. She has previously advised the White House and Canadian Prime Minister Trudeau on diversity and youth entrepreneurship; two topics Jessica expands on as a speaker.

One of the most widely regarded figured on the speaking circuit, Jessica is known for her exploration of such themes as the power of diverse leadership, building a personal brand, and seeking success through passion projects. A TEDx speaker, Jessica’s talk titled ‘Who Do You Dream of Becoming? Success Starts with Finding Yourself’ was incredibly well-received thanks to her personable delivery. Previous speaking audiences of Jessica’s include the United Nations General Assembly, World Business Dialogue and WEF.

”Jessica wields a potent combination of passion and brevity that captures the full attention of the audience throughout the entire duration of her presentation. The confidence and sincerity with which she delivers her refreshing take on the nature of diverse leadership further fuels the engagement of the audience. The attendees loved not only the content but also the poise and elegance that Jessica brought to the podium. I would definitely recommend Jessica Lui as a speaker if you want someone that is honest, relatable, and engaging to a wide range of audiences.” - Andy Kim, Venture for Canada Program Director

”I really appreciate you taking the time to come talk to the young leaders within Canadian Corporations, as well as all the support and guidance you gave me prior to the event. The feedback I received was amazing and people were very interested in hearing about your experience as a young leader and the initiatives you’ve taken.” - Kristyna Spooner, One Young World Ambassador

The Power of Diverse Leadership: Jessica believes that no matter who you are or where you come from, you have the power to be a leader. Today's leaders will look very different from the last generation of leaders - so how do we identify the best talent? Named one of the powerful women in Canada before the age of 30, Jessica will share the secrets to why diverse leadership supports corporate success and how to successfully attract and retain diverse leadership. She has consulted about this topic at numerous Fortune 500s and spoken at the United Nations, Stanford & Harvard about how they can adopt a more diverse approach to hiring leaders.

From Elevator Pitch to White House in 90 Days: A talk about Jessica's entrepreneurial experiences and how she created a multi-million dollar company recognized by President Obama - at the age of 21. She will share the adversities and obstacles he had to go through including being taken seriously as a young adult in business, highlight some of the lessons she has gotten from her advisors (including Mark Zuckerburg and Brian Chesky), and some of the things she has learned in building a personal brand that has allowed her to network with great people and speak on stages worldwide.

Who do you dream of becoming? Success starts with finding yourself: What empowers us to succeed in pursuing our dreams? In this poignant, funny talk, tech entrepreneur Jessica Lui asserts that the journey to success starts by finding the courage to pursue what matters most to you and shares insights from her personal journey. If you’re feeling lost, afraid, and uncertain – you aren't alone. This is the talk for you.

Invited to the Global Entrepreneurship Summit hosted by Barack Obama

Back to 'Entrepreneurship Speakers'
To book Jessica Lui as the speaker for your corporate event, function or conference, contact The Motivational Speakers Agency using the contact details below:
Enquiry form 0207 0787 876 [email protected]
* 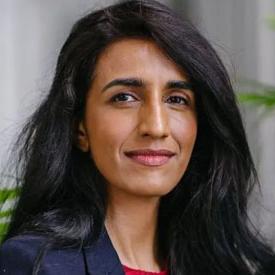 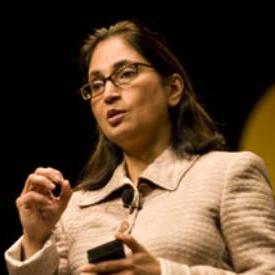