Born in Middlesborough in 1955, Jeffrey Winter is a former Premier League referee. Over the course of his referee career, Jeff has had to endure abuse from both fans and players alike, pushing his self-belief, conviction and confidence to its very limits. Whilst 50,000 fans scream abusive language, how are you supposed to believe in your decision?

Jeff has the first-hand experience and tried and tested strategies, to influence his audience’s determination skills. As a motivational sports speaker, Jeff uses entertaining anecdotes and inspirational stories to promote self-belief.

From the moment he stepped onto the pitch, Jeff was regarded as one of the most controversial referees in English history. When Jeff found himself between two opposing arguments, he had to lean upon his natural ability to rationalise complex situations, and make clear, unbiased decisions. Whilst refereeing some of the most prominent games in recent decades, Jeff has been at the forefront of the beautiful games’ historical moments, shaping the outcome of integral games based on his extensive knowledge.

After a highly successful football refereeing career, Jeff retired from Premiership football in 2004, to turn his attention to motivational speaking at corporate events and workshops. His last match was between Manchester United and Millwall, at the FA Cup final. Moving from active refereeing, Jeff features as an official on the BBC TV programme Superstars. From 2006 onwards, he umpired a series of national six-a-side tournaments called Masters Football, played annually the competition features ex-professional footballers, and is televised on Sky Sports.

Moving to media, Jeff presented for TFM Radio for Teesside, featuring until June 2008. At present, he writes columns for local and national media, sharing his expertise on both football and peak performance. Jeff also published a highly controversial, yet equally popular, autobiography named Who’s The B****** in the Black?. In his biography, he shares more than locker room gossip, but his personal experience of negotiating tense, on pitch conflict.

As a motivational speaker, Jeff is hugely entertaining for guests and highly respected on the circuit, due to his confident presenting style. The skills Jeff gained from his refereeing career make him more than a sports speaker, but an expert in understanding different personalities to manage people effectively. This is a trait that both sporting fans and business owners alike could benefit from. 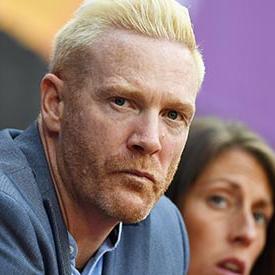 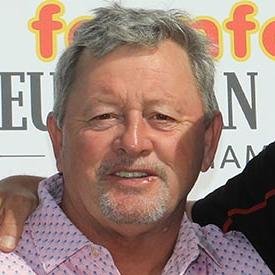 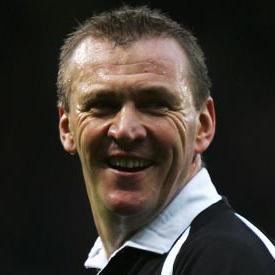