One of the most prolific strikers in Welsh and Premier League footballing history, John Hartson is a revered professional able to engage audiences of all shapes and sizes with his intense understanding, as well as passion for the game of football.

A consistent football pundit, John has featured heavily on football coverage for the BBC, ITV and BT Sport over the years, both during international and domestic football coverage. His analytical style, as well as open and honest approach to feeding back his thoughts on games, has made Hartson one of the most compelling professional pundits on screen.

John Hartson has also enjoyed similar success on stage, having appeared as a speaker at various events across the UK and abroad. He has spoken at events for educational institutions and corporations in recent times, as well as featured as the entertaining after dinner speaker at awards ceremonies, public and sporting events. Hartson broke onto the scene in British football in blistering fashion, after scoring 11 goals in 54 appearances as a teenager for Luton Town. His performances earned him a £2.5 million move to Arsenal at the age of 19, a British record fee for a teenager in 1995.

His move brought widespread attention, and he would go onto score 14 goals in 54 appearances for the club - a good return for a player of his age. At this time, he would also make his debut for Wales, the first of 51 appearances that would yield 14 goals, making him the ninth highest scorer for Wales in history.

Meanwhile, at Arsenal, Bergkamp arrived and would potentially limit Hartson's game time. Therefore, Hartson agreed to a deal with West Ham worth a reported £5 million, despite Arsene Wenger wanting him to stay. In his first season he would help them not only avoid relegation but rise to 14th in the league. The next season saw him build on that, as he finished as West Ham's top goal scorer, with 24 goals in 42 games, which was also the second highest in the Premier League that season.

Spells at Wimbledon and Coventry City both saw decent returns before Hartson found a home at Scottish title chasers, Celtic. Following a £6 million transfer, Hartson would become one of the club's most important players, endearing himself to the fanbase, building a relationship that would only strengthen over time as he helped the club to memorable victories and titles in both the league and European competitions. He won three league titles, two Scottish Cups, a Scottish League Cup and a host of individual accolades.

After an ongoing battle with testicular cancer, diagnosed in 2009, Hartson's treatment was successful. He has also had trouble with gambling and is now an outspoken critic of the gambling industry in football, helping to support others in similar situations to himself. An inspirational speaker with an impressive knowledge of football, as well as a multitude of fascinating stories at his disposal, John Hartson is a top-choice for sporting and corporate engagements.

“John was brilliant, fantastic speaker and very sociable outside of the dinner arena – would highly recommend.” – Debs Rudall, CECA Wales

“Fantastic – warm, full of facts and very happy to engage with our audience.” - Roche Diagnostics

Back to 'Football Speakers'
To book John Hartson as the speaker for your corporate event, function or conference, contact The Motivational Speakers Agency using the contact details below:
Enquiry form 0207 0787 876 [email protected]
* 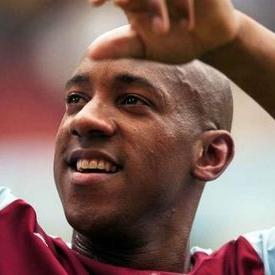