An award-winning sportsman, Kaka is often referred to as a ‘legend’ by many. Known for playing for some of the biggest teams in the world, such as Real Madrid and A.C Milan, Kaka’s spectacular career has spread across two decades, inspiring many on and off the pitch with his talent.

Considered one of the best players of his generation, Kaka is a former Brazilian professional footballer, typically seen in the position as an attacking midfielder. He is part of an elite club of only 8 players in the world to have ever won the FIFA World Cup, the UEFA Champions League and the Ballon d'Or.

Over the course of his career, Kaka has represented his national team, Brazil, on 92 separate occasions, played for A.C Milan over 223 times from 2003-2014 and Real Madrid over 85 times. Other teams Kaka has represented throughout his career include São Paulo and Orlando City as well as São Paulo’s youth team and Brazil’s U20 team.

Kaka is one of the most decorated footballers in recent years, with an incredibly successful career, both at club and international level, that has gone on to inspire many. Between 2006 and 2009, he was named in both the FIFA World XI and the UEFA Team of the Year three times. He is also the winner of the FIFA World Player of the Year 2007, UEFA Champions League Top Scorer in 2006 and 2007, MARCA Legend Award 2009, and the FIFA World Cup Golden Ball 2007. As a recognition to the contribution he has made over the years to the sport A.C Milan inducted him into the A.C Milan Hall of Fame.

Off the field, Kaka is passionate about helping others in need, and is often seen taking part in humanitarian work of all kinds. In 2004, Kaka became the youngest ambassador of the UN World Food Programme, the world's largest humanitarian organisation dedicated to hunger, poverty and food security issues all around the globe. As a result of his continuous battle to help others less fortunate than himself, Kaka has been identified as ‘one of the most influential people’ twice by Time magazine.

A global figure that continues to inspire those that follow him, whether on the pitch or off, Kaka has made a lasting impression on the world. With intriguing and thought-provoking stories to tell and passion to spread, Kaka would make an excellent addition to events as a speaker, host or interviewee. 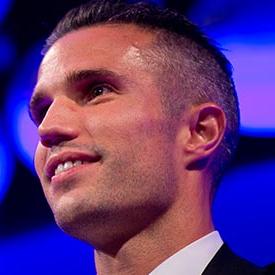