A former footballer now famed for his role at Sky Sports, Paul Merson makes for top-quality entertainment at corporate events. As a leading football speaker, Paul draws upon his experience at Arsenal and his knowledge of the Premier League to deliver engaging and often controversial speeches.

Paul Merson is a former professional footballer with Arsenal, Middlesbrough, Aston Villa, Portsmouth and Walsall, playing for some of the games most well known managers including George Graham, Bryan Robson, Graham Taylor, Harry Redknapp, Glenn Hoddle and Arsene Wenger. He was also capped 21 times by England, making his debut in 1991 against Germany and playing in both the 1992 Euro Championship and 1998 World Cup.

By the 1988–89 season he was a regular on the right wing, at the end of which Arsenal secured the First Division title in the final game of the season against Liverpool. Merson scored ten times that season, made his debut for the England Under-21 side, and was voted PFA Young Player of the Year. The most successful part of his playing career was during his time at Arsenal where he won 2 League Titles, the FA Cup, League Cup and European Cup winners' Cup

In 1997, Merson was sold to Middlesbrough in a £5m deal, which made him the most expensive player to ever be signed by a non-Premier League club. The following year he moved to Aston Villa, a club which was slightly closer to his family in the south of England, and helped them reach the final of the FA Cup in 2000.

Merson also represented England, making his debut for the Three Lions in 1991 against Germany. Also playing in the 1992 Euro Championship, 1994 World Cup and 1998 World Cup, he played 21 times for his country and scored on three occasions. The most successful part of his playing career was during his time at Arsenal where he won 2 League Titles, the FA Cup, League Cup and European Cup winners' Cup

In 2019 while appearing on the documentary Harry's Heroes: The Full English, Paul opened up about how his gambling addiction had affected his life, and his continued struggles with the addiction. He received praise for his candid discussion of the topic. Then in January 2020 he spoke about how his drink, drug and gambling habits also fuelled his struggles with his mental health. Since his revelations on television Paul has also now become much sought after to speak for companies and organisations about his addictions and mental health issues.

Watch Paul doing what he does best on Sky Sports, here:

"He was a great guest- really engaged with the players and they had a great time" - Harriet, Communications Officer, The Salvation Army

"Paul is one of the most fascinating speakers I have worked with. His stories are interesting and entertaining and he delivers a great evening for the audience." - Ronnie Irani, Talk Sport Radio Presenter and Former Essex, Lancashire & England cricketer

"Paul gave a very open and interesting talk about the highs and the lows of his career in football and his life in general. I found him a charming guy and great company." - Andrew Brassington, Finders Keepers Corporate Hospitality Co.

"Paul was so open and honest. I thought some areas would be off-limits but he could not have been more revealing or amusing about his colourful career." - Matthew Pick, BBC Television South West

"I thought Paul was a natural speaker with some good stories to tell in his cheeky cockney manner and i found him a charming and honest man. He went down extremely well and you could tell he is a most popular character." - David Kendall, After Dinner Speaker "The Bank Manager from York"

"Paul is a very entertaining speaker and undoubtedly a great character with some fascinating stories about his life both on and off the field. One of the best speakers we have had at our annual dinner." - Brian Eccleshall, The Bass Charity Vase

Back to 'Football Speakers'
To book Paul Merson as the speaker for your corporate event, function or conference, contact The Motivational Speakers Agency using the contact details below:
Enquiry form 0207 0787 876 [email protected]
* 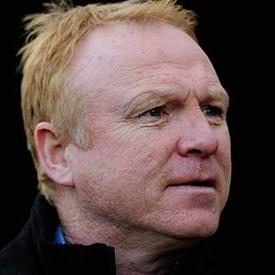