A pacey centre forward, Paul enjoyed a career spanning seventeen years in professional football. Bursting into the limelight during spells at Charlton Athletic, Liverpool and Spurs, Paul was a formidable opponent who was revered amongst his peers.

An ideal football speaker for events, Paul’s experience of top-flight football as well as his life as a pundit makes for an entertaining talk for guests as an after dinner speaker. Beginning his career at Charlton Athletic, Paul quickly established himself in the team. With impressive performances for the side, he was soon signed by Luton Town at the age of 19, for a considerable £400,000 in 1982. An immediate hit in the side, Luton won their first two games 5-0 and 5-3 respectively, with Walsh scoring a hat-trick over Notts County.

Walsh’s natural instinct for a goal saw him gain a call up for England, featuring in five games in 1983 under the management of Bobby Robson. Delivering anecdotal tales as a football speaker, Paul is a compelling personality who engages with audiences perfectly.

Liverpool signed Walsh in 1984 for £700,000 and slotted neatly into the strike force with Kenny Dalglish due to an injury to Ian Rush. A crucial player for the Reds during his time there, Paul was a favourite with Liverpool fans thanks to his entertaining playing style. Discussing the demands of a professional footballer, Walsh is a great sports speaker to relate what is needed in sport with business environments.

Later playing for Spurs, Portsmouth and Manchester City, Paul’s career comprised of exemplary reliability, performance and skill. Paul is now a leading media figure for football, regularly appearing on ITV and Sky Sports to give expert analytical a nndvice and punditry. A consummate professional, Paul is a well-loved TV Presenter.

Watch an interview with Paul, here: 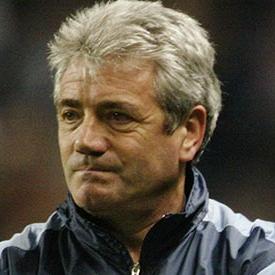