In the 10 years that followed after he joined Liverpool in 1974, Phil scored 41 goals and won four European Cups, eight first division titles, five Charity Shields, four League Cups, and two UEFA Cups. Throughout the whole decade, Neal never missed a single league match, playing a total of 700 games, and between 1975 and 1983 he played in 365 consecutive games.

Phil Neal also played for England 50 times and – after leaving Liverpool in 1985 – turned to management. He began as a player-manager with Bolton Wanderers, then took the helm at Coventry City, Cardiff City and Peterborough United.

Phil is also known for his time sitting alongside England manager Graham Taylor in 1993, portrayed in the video Do I Not Like That. Although it didn’t show Neal in a particularly good light, the performance has become legendary and has given Phil plenty of ammunition and anecdotes for his appearances as a motivational speaker.

In more recent times, Phil Neal has been used as a presenter and pundit on TV and radio where he analyses football matches and provides tips and commentary. Now a leading speaker for corporate functions and gigs, Phil uses his time as a footballer to tell personal anecdotes and humorous stories from the footballing world. 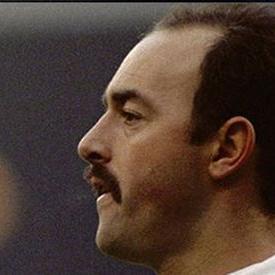