Steve Hodge played as a midfielder for the England Football Team and the likes of Aston Villa, Leeds United, Nottingham Forest, Queens Park Rangers and Tottenham Hotspur at club level. He is now a Football Manager and a respected motivational speaker.

Starting his playing career at Nottingham Forrest against Ipswich Town on the final day of the 1981–82 season, Steve went on to enjoy a successful playing career both at domestic and international levels. Scoring 30 goals in 123 appearances for Forest in his first stint, Hodge returned to the club later in his career scoring another 10 goals, making 54 more appearances. At Forest, he enjoyed back-to-back Football League Cup-winning trophies in 1989 and 1990. He was also Nottingham Forest FC Player of the Year 1982–83.

Over the remainder of the 1980s and 90s, Hodge's most notable stints were at Aston Villa FC, Tottenham Hotspur FC and Leeds United FC. His only other major domestic success was winning the League Championship with Leeds and with Spurs, losing in the FA Cup final in 1987.

His main claim to fame in an England shirt is playing a key role in the team beating Poland in the 1986 Football World Cup and in particular in assisting striker Gary Lineker to score a famous hat-trick. He is also known as the player who – in a match against Argentina later on in the tournament – leapt for the ball at the same time as goalkeeper Peter Shilton, only to let Diego Maradona scored his infamous 'hand of God' goal. Maradonna followed this contentious goal with one of the greatest individual goals in football World Cup history, a goal popularly referred to as 'The Goal of the Century'. Despite a late rally involving substitute winger John Barnes and the prolific England striker, Gary Lineker, England was consigned to World Cup elimination.

After a career spanning nearly 20 years, Steve retired in 1998 and moved into football management and more recently motivational speaking. He published his autobiography entitled "The Man With Maradona's Shirt" in 2010, in which he recounts not only that famous 'goal' but also what it takes to succeed at the highest level.

Today, he entertains audiences with his stories of experiences on the international stage and at the sharp end of club football. He enlightens delegates about how the Maradona episode has affected him throughout his life, in particular how England fans remember his time as part of the team.

Get to know Steve a little better, below:

"All was good and everybody enjoyed the evening. There was some very interesting stories about his Forest and England career. Please pass on our thanks to Steve from everyone also many thanks to yourself for the professional manner that you have dealt with Gareth and myself throughout.” – Paul, NFFC Supporters Club

"The night was a great success, Steve was excellent , he really engaged with the crowd  and gave some great advice to the kids he told some great stories from his playing days, he was really patient and a pleasure to have.” – Concord Rangers Football Club

Back to 'Football Speakers'
To book Steve Hodge as the speaker for your corporate event, function or conference, contact The Motivational Speakers Agency using the contact details below:
Enquiry form 0207 0787 876 [email protected]
* 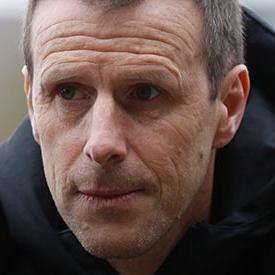