Tony Currie is a retired English footballer best known for his long and illustrious career in midfield spanning three decades. Playing for the English National Team in the 1970s, his longest spell domestically was with Sheffield United. Now a popular football speaker, Tony recounts his glory days with tales of courage, victory and a whole host of hilarious anecdotes.

A talented London schoolboy, Tony represented Hendon Boys before joining Queens Park Rangers as an amateur, whilst working for a building firm. He then joined Chelsea FC as an apprentice but was released and moved to Watford FC to complete his apprenticeship, earning England Youth honours in the process. He turned professional in May 1967 and made his league debut the following season. For a fee of £26,500, Tony moved to Sheffield United in 1968, scoring on his debut and immediately became a favourite with the home fans.

'Top Cat', as he was affectionately nicknamed, became strongly idolised at Bramall Lane, scoring 54 goals in 313 appearances as well as captaining the side in 1974. Whilst at Sheffield United and following 4 years playing at under 23 level, Currie made his England debut in 1972 and won a total of 17 international caps over a period of 7 years.

in 1974, Tony made a controversial move to Yorkshire rivals Leeds United for £250,000. Yet again he was loved by the fans thanks to his skill on the ball and decisive play-making ability. Playing arguably the best football of his career during this time, he scored 16 times in his 124 appearances for the club, including the goal of the 1978 season against Manchester United. His form in the period assisted Leeds to two FA Cup semi-finals as well as qualifying fifth in the league to qualify for the UEFA Cup.

Tony moved to Queens Park Rangers in 1979, captaining the side in the 1982 FA Cup Final replay, and despite incurring a number of injuries, he made 81 appearances and scored five goals, proving a fundamental part of the side's success. Moving into semi-retirement, he went on to play for a number of teams including Toronto Nationals, Chesham United and Torquay United before making his final professional outing for Tranmere Rovers in October 1984.

An ideal football speaker for events, Tony mixes anecdotal tales of his playing career with advice on footballing technique, how to make goal-scoring opportunities, and how to realise our ambitions in all walks of life. His status as a legend of the sport makes him one of the most sought-after personalities on the sports speaker circuit.

Listen to this interview with Tony;'
. 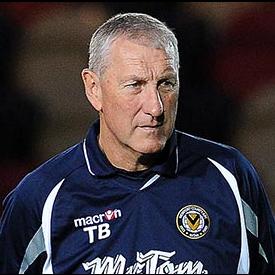 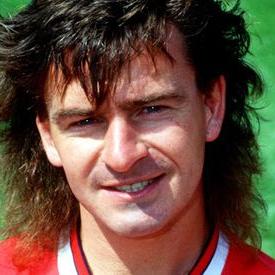