Scottish golfer Sam Torrance, was a prolific player throughout the 1970s, 80s and 90s. Now a popular golf commentator, he has enjoyed a phenomenal playing career winning the Ryder Cup both as a player and Captain. He is the ideal after-dinner speaker for sporting events and corporate functions.

A much sought-after celebrity for golf days and sports speaking events, Sam Torrance cemented his superiority within the sport when he successfully guided the European Ryder Cup team to glory in 2002. Having competed as a player on eight separate occasions, as team Captain he knew what it would take to guide his talented troop to win the trophy. He duly led the European Ryder Cup team to a 15.5-12.5 victory at The Belfry.

Professional and articulate throughout his career, Torrance secured over 40 professional wins ranking him 10th on the all-time list for wins, tied alongside Miguel Angel Jimenez of Spain. However, a major title eventually eluded him and having plied his trade across the European Seniors Tour alongside his media commitments, Torrance announced his retirement as a player in 2019.

As well his tournament victories, Torrance won the Sir Henry Cotton Rookie of the Year in 1972. He was honoured with an MBE in 1996 and OBE in 2003 for his outstanding contributions to golf. In recent years he was awarded the European Senior Tour Order of Merit winner in 2005, 2006 and 2009.

Proving successful as a golf day host and an after-dinner or sports speaker. Elaborating on his successful sports career, Sam Torrance provides his services as a professionally articulate golf day host, continuing onto his role as a golf speaker.

An inspirational leader, with a professional and articulate attitude towards his work, Sam Torrance offers his opinions and insight as a golf speaker and golf speaker, addressing the topics of peak performance, success and teamwork- the ideal addition to any occasion.

"Sam had some great stories and was fantastic on stage. We loved the fact that he stayed around for so long!" - Pershing

"Sam Torrance was an instand hit with both our CEO and our customers. The customers thoroughly enjoyed his speech, the humour he peppered his anecdotes with and were generally excited to meet such a professional. Sam exceeded our expectations and we really appreciate his engaging nature." - First Data Corporation

Back to 'Golf Speakers'
To book Sam Torrance as the speaker for your corporate event, function or conference, contact The Motivational Speakers Agency using the contact details below:
Enquiry form 0207 0787 876 [email protected]
* 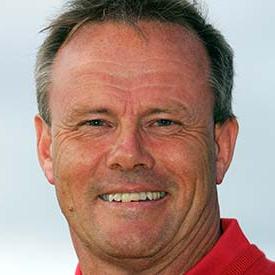