Michelle Visage is an award-winning tv personality, host and former singer. Widely involved and associated with RuPaul’s Drag Race, Michelle is also a passionate ally of the LGBTQIA community and spreads a message of acceptance in all her speaking events. Now booked as a speaker for a range of events, Michelle Visage is a perfect choice to spread the importance of inclusion and is an instantly recognisable figure as a celebrity guest.

An instantly recognisable personality, Michelle Visage has enjoyed a varied career of presenting, singing and judging competitions. Widely associated with RuPaul and the Drag Race competition, Michelle has enjoyed many years as a judge and producer, along the way forging a reputation for being an ally of the LGBT+ community. Passionate about acceptance for all, Michelle is now booked as a speaker for a range of events for everyone from colleges to universities and corporate clients. When booked as a speaker she spreads messages of acceptance and shows her support as an ally of the LGBT+ community.

Famed for her association with RuPaul, Michelle is currently a judge on RuPaul’s Drag Race. Since the shows 11th series, Michelle has also acted as a producer of the series and starred on spin-off shows such as RuPaul’s Drag Race Down Under, RuPaul’s Drag Race UK and RuPaul’s Drag Race All Stars. Recently, Michelle has claimed numerous awards for her part in the show, claiming both a 2019 and 2020 Primetime Emmy Awards for Outstanding Competition Programme. She also claimed the 2020 Ally Award from the Attitude Awards and has made appearances as a competitor on Strictly Come Dancing and Celebrity Big Brother.

Before reaching the heights of fame with RuPaul’s Drag Race, Michelle enjoyed a career as a singer. She started out as a singer as part of the R&B dance vocal trio Seduction before becoming the lead singer of The S.O.U.L. S.Y.S.T.E.M. As part of these successful groups, Michelle built her reputation as a performer and claimed No.1 dance singles, ranking on the Billboard Hot 100. More recently, Michelle has collaborated with Steps to perform a reworked version of Heartbreak In This City. In 1996, Michelle first joined RuPaul’s enterprise as the co-host of The RuPaul Show.

Outside of working with RuPaul, Michelle has been the host and co-host of various different radio shows. She has been the co-host of The Jamz Sessions, The Morning Mix, the morning show on SUNNY 104.3 and co-host of RuPaul: What’s the Tee?. She has also been the host of the MIA Morning Show and presented Michelle Visage’s Fabulous Divas. Throughout her career, Michelle has collected several awards, including the 2015 Straight Ally Award, the 2018 Best Host Webby Award, the 2020 Producers Guild of America Award for Outstanding Producer of Game & Competition Television and the 2020 Attitude Awards Ally Award.

A highly popular personality, Michelle is now booked as a speaker for a range of corporate and public events. From universities to colleges and corporate clients, Michelle is the perfect speaker to spread messages of acceptance and encourage the inclusion of all no matter the way in which they identify. A passionate and award-winning LGBT+ ally, Michelle is widely booked to spread her messages of LGBT+ acceptance and to show how we can live in a world that is more accepting of all. Also a highly recognisable celebrity, Michelle is the perfect choice to have as a brand ambassador or host for events, personable at every event she attends.

"Can you please pass on MASSIVE thanks to her. If you could let her know the reception has been INCREDIBLE. One comment was 'I"m going to log off this call and conquer the world!'….She inspired so many" – Grace, AMEX

Back to 'Diversity and Inclusion Speakers'
To book Michelle Visage as the speaker for your corporate event, function or conference, contact The Motivational Speakers Agency using the contact details below:
Enquiry form 0207 0787 876 [email protected]
* 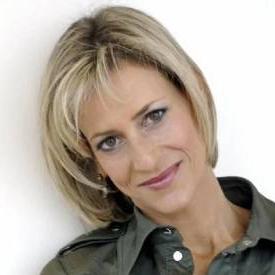 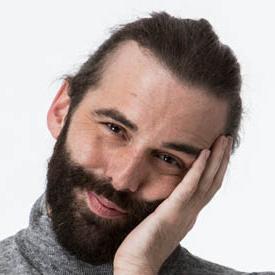