Denise Lewis is a World Champion athlete, specialising in the heptathlon. One of Britain's greatest ever track and field athletes, she enjoyed a decade long career, racking up 9 medals representing Great Britain.

Since retiring from the track, Denise has proven herself one of the most popular pundits and Olympic speakers, having covered BBC athletics programmes including London 2012 and Rio 2016. After first winning gold at the 1994 Victoria Commonwealth Games, Denise became one of Britain's best medal hopes at the 1996 Atlanta Olympic Games. She didn't disappoint, winning her first Olympic medal, a bronze in the Heptathlon at the event.

She would follow this up with success in the World Championships, European Championships and Commonwealth Games, before she would write her name into Olympic history with a gold medal at Sydney 2000. Having put herself in a podium position after day one at Sydney 2000, she would put in a good performance in the long jump before throwing well ahead of her competitors in the javelin to promote herself to frontrunner.

An achilles injury saw her run the 800m with her left leg in bandage, but this didn't stop her maintaining her points advantage, beating Prokhorova by 53 points and Sazanovich by 57 points to win the gold medal.

As a result of her Olympic success, Denise was appointed Officer of the Order of the British Empire in 2001, an upgrade on her 1999 MBE. She was inducted into the Wolverhampton Sporting Hall of Fame, earning the Freedom of the City in 2000. She would also be placed as runner up in the BBC Sports Personality of the Year in both 1998 and 2000 and she was voted Sportswoman of the Year a joint record three times.

Later in 2011, Denise was inducted into the England Athletics Hall of Fame and in 2002 Denise's Olympic win was ranked in the 100 Greatest Sporting Moments on Channel 4. A wonderful sports speaker whose achievements have transcended athletics, Denise Lewis is an ideal choice to motivate and inspire any team.

Watch an interview with Denise, here:

”Denise Lewis helped us to launch our sponsorship of London 2012 by making a motivational speech to our staff. She was an inspiration to all of us and her warmth, passion and infectious enthusiasm about the Olympics was the ideal way to start engaging our staff in this hugely exciting project. We are looking forward to a long relationship with her and are thrilled that she will be a part of our own Olympic journey.”- Chris, InterContinental Hotel Group

"The event is now complete, it went well. Our Director, Mariama, would like to send Denise a gift as a means to appreciate her for the energy she displayed in the session." - Nsovo, Digital Technologies Leader, Mars

Back to 'Olympic Speakers'
To book Denise Lewis as the speaker for your corporate event, function or conference, contact The Motivational Speakers Agency using the contact details below:
Enquiry form 0207 0787 876 [email protected]
* 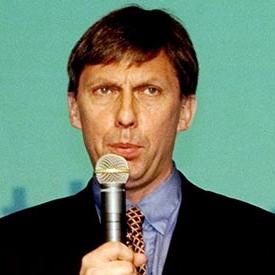