Alastair is a British journalist, broadcaster, Labour Party political aide and author, best known for his work as Director of Communications and Strategy for Prime Minister Tony Blair between 1997 and 2003.

Alastair was given the nickname of 'Spin Doctor' by political experts for his work in moulding the entirety of the party’s communications to best appeal to the public.

Working alongside Peter Mandelson, Alastair coordinated Labour’s campaign for the 1997 election, gaining national media support and winning the backing of many once anti-Labour papers, including The Sun. Tony Blair and the Labour party duly won a historic landslide victory, toppling a Conservative government that had stood for 18 years in different forms, thanks in no part to the Keighley-born communications strategist.

Alastair left the party in 2003, but returned to work for the organisation during the 2005 UK election, once again playing an advisory role and assisting with the victory that ensued. Sir Clive Woodward subsequently recruited his services in the same year to manage relations between the press and the British and Irish Lions Squad during their tour to New Zealand.

Alastair’s vast knowledge and experiences of public relations make him an ideal conference and event host, whilst his after-dinner and keynote speeches also make wonderful additions to an event, focusing on media, politics, communications, strategy and change.

Listen to Alastair's keynote where he considers the effect of adversity upon achievement and reveals that it was his own experience of depression and breakdown that taught him most about the true meaning of success;

"A fabulous speaker and absolutely fantastic with everyone he met during the day - students, journalists, VIP guests etc." - South Staffordshire College

"The feedback from the event has been excellent and the audience thoroughly enjoyed listening to your entertaining and frank discourse." - Petrofac Facilities Management Ltd

"Very interesting and generous speaker - talked for 1 hour 10mins which was great. All guests were very impressed." - Muckle LLP

"Judged the audience perfectly, and had a rare blend of humour and serious strategic advice. The Q&A sessions were also hugely memorable." - Yorkshire Forward

Back to 'Politics Speakers'
To book Alastair Campbell as the speaker for your corporate event, function or conference, contact The Motivational Speakers Agency using the contact details below:
Enquiry form 0207 0787 876 [email protected]
* 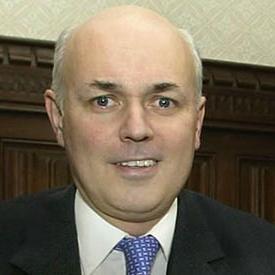