A former politician and academic, Blunkett is one of the best-known political figures in modern history, having served as Education and Employment Secretary, the Home Secretary and Work and Pensions Secretary as part of Tony Blair’s cabinet.

David has overcome hardship at several junctures in his life. He was born blind due to a rare genetic disorder - something he later admitted would cause some misunderstandings in Westminster due to his inability to read body language.

Despite predictions that he would amount to a role in a factory while at school, he went to university to study political theory and institutions. He would soon become a university lecturer and work in local politics before he was elected as an MP for Sheffield Brightside in 1987. He would make steady progression over the next decade and be promoted to the cabinet in 1997 following Labour’s landslide victory.

He would become a crucial component of Blair’s New Labour after initially becoming a vocal force in the party’s modernisation. Often lauded for his performance in politics, Blunkett is an ambassador for blind people and aspiring politicians. He constantly tried to prove what could be achieved by a blind MP, putting pressure on himself to reach the top-level. His hard work paid off and Blunkett became a highly-respected cabinet minister.

Charismatic and occasionally controversial, Blunkett became one of politics most renowned figures, alongside his guide dog. And little of his renown could be attributed to his blindness. He was hugely successful in implementing better educational standards, working in a challenging department. Due in part to his underprivileged upbringing, Blunkett became a staunch supporter for higher standards in all areas of education, regularly highlighting the pitfalls in the system, and making significant moves to reduce class sizes and improve performance.

Holding some of the highest positions in local and national government over his 45-year political career, Blunkett showed sheer determination to pursue the things he truly believed in. Today he is recognised as a beacon of light to millions around the world, and an example of someone who has overcome limitations. This makes him one of the most popular politics speakers in the country today.

Take a look at David's speech on leadership;

"It was such a difficult decision to choose our guest Speaker for the Partner of the Year Awards. I had never seen David Blunkett speaking in this capacity, and this was the first time we had run this event. Despite me being nervous on the day David put my mind at rest - he was wonderful. I was so pleased he joined us for the whole evening, his speech was entertaining, humorous, topical and energetic. As I looked around at our Partners it was easy to see how engaged the audience were and they were clearly having a great time. A huge success all round and David really contributed to this. I would definitely recommend him for other events." - UK Oracle User Group

"David spoke with great eloquence and humour about his life experiences and there were some very clear, relevant messages for disabled colleagues at Lloyds in the audience. We have had extremely positive feedback from the attendees. We hope he enjoyed the event as much as we did." - Lloyds TSB

"The feedback from our debate on Europe last Wednesday has been hugely enthusiastic and immensely complimentary about our speakers! It will come as no surprise to you, David that your contribution was singled out as particularly outstanding! Your deep understanding of international political events and your pithy humour were greatly appreciated by the delegates. Thank you so much for agreeing to participate in what can only be described as an unqualified success. You were immense and we are very grateful to you!" - Cantor Index

Back to 'Politics Speakers'
To book David Blunkett as the speaker for your corporate event, function or conference, contact The Motivational Speakers Agency using the contact details below:
Enquiry form 0207 0787 876 [email protected]
* 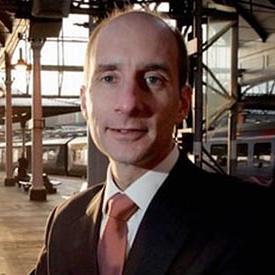