Nigel is a British politician, broadcaster and political analyst, theformer leader of the UK Independence Party (UKIP) both in 2006 to 2009 and then 2010 to 2016. He has been a member of the European Parliament for South East England since 1999, he also co-chairs the Europe of Freedom and Direct Democracy group. His controversial speeches have him noticed.

In 1992 after the signing of the Maastricht Treaty he made the decision to leave the Conservative Party, going on to assist the founding of UKIP. He was elected MEP for South-East England in the 1999 European Parliament Election after unsuccessfully campaigning for UKIP, he was re-elected to this position in 2004, 2009 and the most recent being at the 2014 election.

He became the UKIP leader in 2006, he guided the party through the 2009 European Parliament Election, it won the second highest share of the popular vote, overpowering Labour and The Liberal Democrats with an excess of two million votes. After stepping down as UKIP’s leader in 2009, he succeeded in standing in the 2010 UKIP Leadership Contest, prior to the resignation of Lord Pearson of Rannoch.

Nigel Farage was second in The Daily Telegraph’s Top 100 Most Influential Right-Wingers, behind David Cameron. He was also named Briton of the Year and received a nomination for The Times Person of the Year. An influential and acknowledged MEP, Nigel Farage is one of the UK’s most recognised politicians. Controversial, provocative and a career full of stories, Nigel Farage is available to book today. 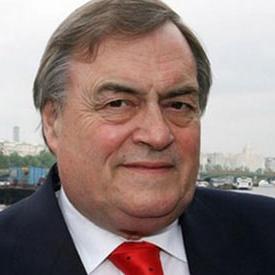