Hotel guru and TV presenter, Alex Polizzi is one of the most notorious hoteliers in the UK. Also known as 'the hotel inspector', Alex is able to offer tips and tricks to make hotels and hospitality venues stand out from the crowd.

Alex Polizzi is undoubtedly one of the most famous entrepreneurs and hoteliers in the United Kingdom today. Having risen to fame following her regular appearances as a presenter on Channel 5’s The Hotel Inspector, Alex has used her hotel management expertise to turn around countless businesses in the hospitality sector.

One of Alex’s first business endeavours saw her set up Millers Bespoke Bakery. During this time, her business supplied bread to a number of major department stores such as Harvey Nichols and Selfridges. She soon began working as a hotelier following her training at Hong Kong’s Mandarin Oriental. Acquiring valuable experience working at some of the world’s most prestigious hotels and restaurants, Alex also worked at several Rocco Forte hotels as well as at The Criterion, where she worked with the famous restaurateur Marco Pierre White.

Introduced to the world of hospitality from a young age, the Polizzis are a well-known family in the hotel business. Working together with her mother, Olga Polizzi, Alex set up Hotel Tresanton on the Cornish coast. Today, Alex continues to manage the Endsleigh Cottage hotel, situated in the beautiful Devon countryside. Furthermore, she has continued to enjoy success as one of the country’s best-loved after dinner speakers.

Alex found her way into television broadcasting in 2008 when she was selected to become the presenter of the Channel 5 programme The Hotel Inspector. During her time on the show, Alex attempted to salvage some of the country’s worst-run hotels. Relying on her skills and expertise, Alex was able to significantly improve their business success. Having stepped into the public eye as part of The Hotel Inspector, Alex soon came to present several other high-profile shows, which includes her work on Alex Polizzi’s Secret Italy on Channel 5 and BBC2’s The Fixer.

Having acquired vast experience working at the highest level of the hotel management and hospitality sectors, Alex Polizzi is uniquely placed among motivational speakers. Providing crucial insight on how to achieve peak performance in various business areas, Alex is a popular name among business speakers. As such, Alex is the perfect speaker to motivate your team at corporate events, gala dinners and a variety of other occasions.

"Fantastic! A wonderful person to work with who did a fantastic job of being an expert and winning the respect and the warmth of the audience." - Confederation Of Passenger Transport UK

Back to 'Conference Facilitators & Hosts'
To book Alex Polizzi as the speaker for your corporate event, function or conference, contact The Motivational Speakers Agency using the contact details below:
Enquiry form 0207 0787 876 [email protected]
* 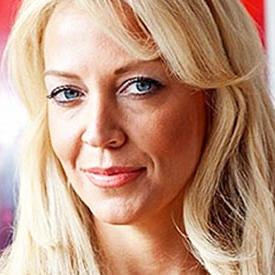 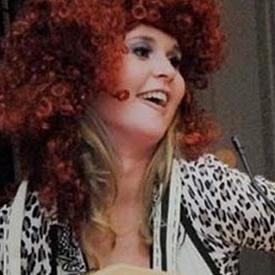