The extraordinary rugby career of Lawrence Dallaglio has known many highs. A one-club player and club legend at Wasps where he spent 18 years, 10 of them as captain, he helped them to five Aviva Premiership Rugby titles, two Heineken Rugby Cups and three Anglo-Welsh Rugby Cups. It was for his efforts with England, however, that he is best-known, as Dallaglio played a key role in England's dramatic 2003 Rugby World Cup win leading him to a place in the World Rugby Hall of Fame.

A commanding number eight, with an eye for a pass, Dallaglio benefitted from an instinctive positional sense and was strong in the tackle. Widely regarded as the best number eight in English rugby history, his passion and ability as both a player and leader are astounding.

He arrived at Wasps as a teenager with prodigious talent and fulfilled that promise emphatically over the years that followed. After Wasps lost a number of experienced players to the Newcastle Falcons in the mid-nineties, Dallaglio would be the glue that held the side together, as Wasps marched to their first English Rugby title in the professional era in the 1996-1997 season.

His best was yet to come, and even the most optimistic Wasps and England fans might not have been prepared for what the turn of the millennium would bring. Forming a key part of the England team, Dallaglio helped England to two Six Nations wins in succession in 2000 and 2001. He also won the Premiership Rugby title with Wasps three times in a row in 2003-03, 2003-04 and 2004-05, adding the Heineken Cup in the 2003-04 season to complete a memorable double.

For all of his monumental successes at this time, it was to be the 2003 season across all fronts that would elevate Dallaglio to one of the finest players the game had ever seen. It was then that England won the Six Nations Rugby 2003 tournament once more before Dallaglio played every game as England won a historic Rugby World Cup in 2003. Alongside Matt Dawson, he became one of two players to have won the Rugby World Cup 15s and Rugby World Cup 7s which they also won in 2003. He then went on to captain the England Rugby team in 2004 before retiring from England duty in 2007 with 85 caps and 85 points scored.

Today, Lawrence Dallaglio is a regular rugby pundit for BTSport featuring on both television and radio, covering some of the biggest games. He was appointed OBE in 2008 and received an Honorary Doctorate from Buckinghamshire New University for services to sport the same year. He is also the founder of the DallaglioRugbyWorks - an intensive, long-term skills development programme for young people. Based on rugby the programme supports teenagers from outside mainstream education to get into sustained education, employment or training.

A wonderfully insightful after-dinner rugby speaker, he is a must-have for sports and corporate events.

Get a feel for how Lawrence speaks at events, below:

“Highly engaging and motivational, he was very professional and entertaining, and captured and maintained high levels of interest." - Fix Protocal

Back to 'Rugby Speakers'
To book Lawrence Dallaglio as the speaker for your corporate event, function or conference, contact The Motivational Speakers Agency using the contact details below:
Enquiry form 0207 0787 876 [email protected]
* 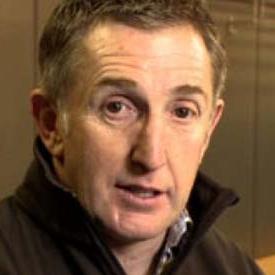