Richard is a former rugby union player who played flanker for Saracens and England, helping the latter to the Rugby World Cup in 2003. A leading rugby speaker, Richard is available for all manner of corporate events, functions and rugby-themed events.

Often portrayed as the ‘silent assassin’ at both club and international level, he was renowned for his effective and abrasive style of forward play. Features of his game included big hits, shrewd driving and energy-sapping support play, all which made him one of the most highly rated flankers of his era.

Richard made his first Saracens appearance in 1993 and his England debut four years later in the Five Nations Championship, also going on to appear for the British and Irish Lions that same year in South Africa. In a career spanning 15 years, he remained a one-club player, turning out 275 times for Saracens and scoring 110 points, while also taking part in an additional two Lions tours. His finest hour came at England's victorious 2003 Rugby World Cup campaign - it saw him recover from a hamstring injury to make the final two England games to clinch the legendary Webb Ellis Cup.

Richard represented his country at every level from Under-16s upwards and since his debut in 1997’s Calcutta Cup has won over 70 caps with his exemplary attitude making him a lynchpin of the side. In January 2008 Hill announced his forthcoming retirement at the end of the season, but that April he put on a man-of-the-match performance in the Heineken Cup victory over Ospreys, confirming his status as an elite player and that was despite carrying a serious injury. Having recently retired, in September 2008, Hill appeared in a charity match for the Help for Heroes XV at Twickenham Stadium to raise funds for injured servicemen and women. He scored a try in a game which saw the Heroes' defeat Scott Gibbs' International XV, 29–10.

With a wealth of entertaining, eye-opening and hilarious stories to share about his time both on and off the pitch, as well as a desire to share his training tips and techniques in a bid to aid the younger generation of stars, Richard has become a highly desirable choice of rugby speaker.

Watch an interview with Richard here:

"I just wanted to let you know how grateful we were to have Richard Hill at our event yesterday. He was a very entertaining speaker and kept everybody amused. It was great that he stayed to have lunch and chat with our guests." - Aviva

"Richard Hill spoke to our Annual Review meeting just after the World Cup victory. He held the attention of the room from beginning to end. He managed to combine inspiration with humility and gave us some great tips for successful teamwork. A true leader." - The Pentland Group

"Richard Hill was brilliant. We will definitely look to use him again for future events." - QBE

"Richard Hill made a surprise guest appearance at the Growing Business Awards which we host each year at the Hilton Hotel on Park Lane. What a professional in every sense. It is easy to see why Richard is so popular. He was on time, nothing was too much trouble, despite the fact that we kept him waiting in reception to preserve the surprise element." - Caspian Publishing

Back to 'Rugby Speakers'
To book Richard Hill as the speaker for your corporate event, function or conference, contact The Motivational Speakers Agency using the contact details below:
Enquiry form 0207 0787 876 [email protected]
* 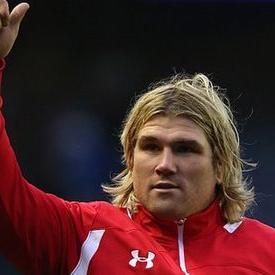 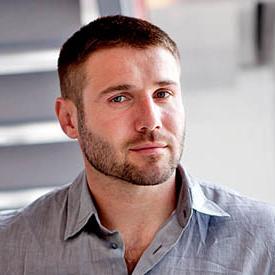