Former politician Sir Nick Clegg has spent several years at the forefront of British Politics. Serving five years as the Deputy Prime Minister of the United Kingdom, Nick has built invaluable knowledge across the breadth of politics, in particular socially liberal and economically liberal policies. Nick is highly sought after as a political speaker, enriching audiences of his personal experiences and the expertise he has built in the sector.

Nick’s biggest political role saw him serve as the Deputy Prime Minister during David Cameron’s tenure, elected in 2010 as part of a coalition agreement. Acting as the Deputy Prime Minister, Nick was a crucial figure in many electoral reforms such as the Parliamentary Voting System and Constituencies Bill and the Fixed-Term Parliaments Bill. Unfortunately, the Liberal Democrat Party saw a significant decline in support, which ultimately led to Nick leaving his position as Deputy Prime Minister. Before election as Deputy Prime Minister, Nick was a politician for Sheffield Hallam winning his seat in 2005 after gaining over 50% of votes. Whilst in this role many viewed him as a potential future leader of the Liberal Democrats Party, a potential that became a reality in 2007 as his ability to practically comprehend liberal values gained Nick immense popularity.

After leaving the world of politics, Nick diversified into writing and broadcasting. In 2017 he wrote How to Stop Brexit (And Make Britain Great Again), discussing how he believed that Brexit was not inevitable. Nick also dedicated time to radio broadcasting, fronting the show Call Clegg and the podcast Anger Management With Nick Clegg. Both shows were well-received, with Call Clegg nominated for two Radio Academy Awards and Anger Management with Nick Clegg noticed as Podcast of the Week by The Guardian. In 2018 Nick was appointed by Facebook as the Vice-President of Global Affairs and Communications, putting to use his expertise gathered from his time as a pivotal politician. In reward for his commitment to political and public service, Nick was bestowed with a Knight Bachelor during the 2018 New Year Honours.

With a diverse career behind him, Nick is continually sought as a public speaker to engage audiences with his political expertise. Having worked in a fast-paced and ever-changing environment, Nick is able to discuss the challenges he has faced and how he overcame such challenges. A highly influential public figure, Nick’s expertise makes a for a truly special keynote or after-dinner speech.

“Extremely interesting, he certainly did not disappoint” - Pensions and Lifetime Savings Association

Back to 'Politics Speakers'

To book Nick Clegg as the speaker for your corporate event, function or conference, contact The Motivational Speakers Agency using the contact details below: 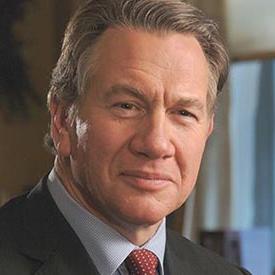 Top 15 Motivational Quotes
Black History Month 2020- What is it and how do I celebrate it?
Virtual Speaking: 10 Stats You Need To Know