Jonathan Zittrain has dedicated his career to education, having acted as a professor at top universities such as Harvard Law School and the University of Oxford. Widely known as the Co-Founder of the Berkman Klein Center for Internet & Society at Harvard University, Jonathan is also currently the George Bemis Professor of International Law at Harvard Law School. Having taught everything from international law to internet governance and regulation, Jonathan is now booked as a speaker for events to share his passions for such subjects.

Jonathan Zittrain’s career has been dedicated to education, having taught students at some of the world’s most prestigious educational establishments. Famed as the co-founder of the Berkman Klein Center for Internet & Society, Jonathan is currently the George Bemis Professor of International Law at Harvard Law School. Having also worked at the University of Oxford, Jonathan is an expert on all things intellectual property, content control, censorship and computer security- all subjects of which he can cover as a keynote speaker for corporate events.

After achieving a BS in Cognitive Science and Artificial Intelligence, a Doctor of Law and a Master of Public Administration from Yale University, Harvard Law School and Harvard Kennedy School, Jonathan became a law clerk in the United States Court of Appeals for the District of Columbia Circuit. During his time as a law clerk, Jonathan served as part of the Department of Justice, Department of State and for the Senate Select Committee on Intelligence. Outside of law, Jonathan also spent a period of time as a Chief Administrator for CompuServe, manning its private forum.

Continuing his work as a professor, Jonathan is now also a published author with titles such as The Future of the Internet and How to Stop It, Access Denied: The Practise and Policy of Global Internet Filtering and A History of Online Gatekeeping to name but a few. He is also now available to speak at a range of public and corporate events, sharing his expertise on internet filtering, copyright, security, stock markets, spam and more. Having dedicated his career to educating people on everything from law to internet regulation, Jonathan has spoken for top clients across the globe. Whether he be teaching audiences on the future of work, restoring trust in the digital age or cyber threats and terrorism, Jonathan Zittrain is a fantastic speaker who is a great addition to events.

"Jonathan is a pioneer in the field of internet law. He was a great resource to all the Forum Administrators and SysOps at Compuserve when we were both involved there. I benefitted from his knowledge and expertise on several occasions and know of many other colleagues who could say the same. I'm very fortunate to have him as a contact" - Bruce, NavCom Electronics Technician, Federal Aviation Administration

"Jonathan was a featured speaker at one of our client's most important events. He was so good, we wanted to give him more time. Our audience was riveted to his presentation, and to him. His talk, with wonderfully designed and perfectly integrated graphics, inspired tremendous energy in the room and dynamic dialogue with our audience. Which was what we hope for, but never imagined achieving at the level Jonathan achieved. On top of everything, Jonathan is a delight to work with, conscious of the overall program goals and a team player in adapting his expertise to our event. He was the main reason our event was elevated from good to great" - Jan, Global Head of Brand Strategy and Creative Direction, Sprinklr

"Jonathan Zittrain is the Jon Stewart of the internet- incredibly sharp, funny, incisive. The unexpected bonus is that he brings out the best in the people around him- whether they are his students or colleagues- by expecting the best. An extraordinary teacher, thinker and person" - Donna, Senior Editorial Manager, Access Now

Back to 'Big Data Speakers'
To book Jonathan Zittrain as the speaker for your corporate event, function or conference, contact The Motivational Speakers Agency using the contact details below:
Enquiry form 0207 0787 876 [email protected]
* 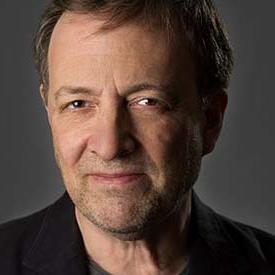 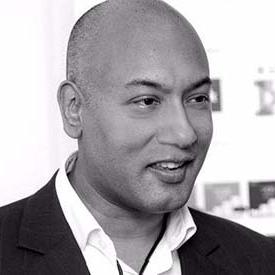