Carl ‘The Cobra’ Froch is widely regarded as one of the best boxers in British history. Having held multiple world championship titles throughout his 12 years professional career, in addition to several regional wins, Carl has deservedly earned his place as an icon of the sport. Amassing an impressive 33 wins from 35 matches, Carl’s power and dominance in the ring are untouched by competitors. Now retired, Carl is a prominent media personality and sought-after speaker. Known to discuss his extensive career and the transferable qualities he has honed for success, Carl is equally suited to after-dinner engagements and corporate clients.

Best known for his collection of world titles garnered since he turned professional in 2002, Carl was trained to elite success by Robert McCracken for the duration of his decade at the top. Securing his first international success in 2008, Carl fought Jean Pascal through 12 gruelling rounds to be named WBC Super-Middleweight, a title he later successfully defended. In 2012, Froch fought in his hometown of Nottingham to be named IBF Super-Middleweight and only a year later was named WBA Champion in a rematch against Mikkel Kessler. Such achievements saw Carl recognised as a four-time world title winner.

Named the Fighter of the Year by BoxRec for his performance in the ring against Lucian Bute, Carl rose from the underdog position to dominate the fight. The recipient of many accolades throughout his career, Carl’s extensive success has been honoured with an MBE from The Queen and he was named by the BBC as the best active British boxer in 2013, followed by RoxRec ranking him third greatest British fighter of all time. GQ’s Sportsman of the Year 2013 has achieved undeniable peak performance in his career, and not utilises his experiences to support others in replicating his success.

Since retiring in 2015, Carl has maintained his position as a popular figure in the sport, taking on the role of boxing analyst and commentator for Sky Sports. An expert in his discipline and a naturally engaging personality, Carl’s media presence has been a huge success. Transferring his on-screen presenting abilities to live events, Carl is a popular choice of after-dinner speaker, bringing a buzz to events thanks to his recognisability and elite career in sports.

Take a look at Carl Froch discussing his life story so far, below:
Watch Carl in action in the ring:

Back to 'Boxing Speakers'
To book Carl Froch as the speaker for your corporate event, function or conference, contact The Motivational Speakers Agency using the contact details below:
Enquiry form 0207 0787 876 [email protected]
* 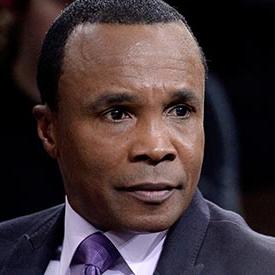