Competing between 1971 to 1980, John Conteh MBE’s decade of active professional boxing firmly positioned him as one of the greats within the sport. Boxing as both an individual and representing England, John amassed multiple titles over the course of his career. With experience playing at the highest level of sport, he is an invaluable addition to any event. From motivational skills to boxing strategies, John’s passionate performing style makes him a captivating speaker.

Born in Liverpool, John joined a boxing club in Kirkby at the age of 10, where he trained with some of the most influential players in the history of the sport, including Stuart Morton, Joey Singleton and Tucker Hetherington. Despite being only 19, John won his first gold medal at the British Commonwealth Games in 1970, boxing in the middleweight class. Only four years later, he secured the WBC light-heavyweight title by defeating Jorge Ahumada. In total, John boasted 34 wins and only 4 losses, with 24 of those wins by knockout.

Moving away from boxing, John celebrates an impressive media career. Starting in 1973, he starred in the cover of the album Band on the Run by Wings, before being the subject of This Is Your Life in 1974. Presented by Eamonn Holmes, John then appeared on Sporting Legends, where he discussed his journey into boxing and how he had to embrace his smaller stature to dominate the light-heavyweight class, rather than the heavyweight. Most recently, he was awarded an MBE in 2017.

As a public speaker, John stands out above the rest. Passionate, honest and eloquent, his dedication to personal development makes him a valuable addition to both industry conferences and sporting events. No matter the size of audience, this after-dinner speaker is capable of keeping audiences hooked on every word he says, thanks to his unwavering confidence whilst on stage. Similarly to how there are few boxers like John, there are few speakers like him too. Guests are privileged to an honest account of his life, both the highs and the lows, to take away from his speeches a reinvigorated mindset.

"John was an excellent choice for our event. He's a truly captivating person and was well prepared, punctual and friendly to everyone." - GLL

"John Conteh MBE was an absolute Superstar. Everyone wanted to meet him and he took time to listen every single person." - Stadia UK

Back to 'Boxing Speakers'

To book John Conteh as the speaker for your corporate event, function or conference, contact The Motivational Speakers Agency using the contact details below: 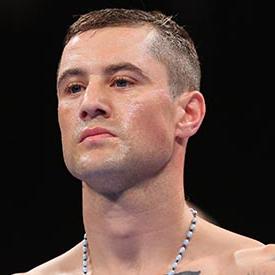