Steve Collins is the most successful Irish boxer in professional boxing history, having held the WBO middleweight and super middleweight titles. Dubbed 'the celtic warrior', Steve is a much-loved boxer and will continue to remain this throughout history.

Also known as The Celtic Warrior, the Dublin-born pugilist is one of the finest boxers produced in the British Isles. He took on Chris Eubank and Nigel Benn twice – and beat them twice. Winning 26 amateur titles before turning professional in Massachusetts in October 1986, Steve got his debut fight against Julio Mercado, knocking him out in the third round.

All in all Steve had 39 fights in his professional career, winning 36 of those – and 21 by knockout. He was also in line to fight Joe Calzaghe and Roy Jones Jr, but injuries and brain damage scares caused him to hang up his gloves prematurely.

In 1998 he appeared in the film Lock, Stock and Two Smoking Barrels as a boxing gym bouncer, and a year later he made a cameo appearance in U2’s video for Sweetest Thing. Other media appearances followed, on reality show Commando VIP on Channel Five and The Weakest Link on BBC2, and to this day he continues to appear in exhibition boxing fights.

Steve’s rise to fame and peak performance is a topic discussed often by Steve as a boxing speaker, discussing the intricacies of the process along the way. A wonderful orator, he mixes anecdotal tales of his times in the ring with invaluable advice learnt from a career in a brutally competitive environment.

"Everything went great with Steve. Everyone loved that he brought his belt along and his stories had everyone engaged. He was open to chatting with everyone throughout the event as well and taking lots of pictures.” - Win Technologies

"I am writing on behalf of HMS HERON PT Department to thank you for your professional help and assistance on this occasion. The evening was a great success and one that we hope to repeat again soon. Thanks again for your time and your first class service provided and the Royal Navy hope to utilise your expertise again in the future.” - Melanie, HMS Heron

"Just a quick one to say thanks for the help towards Saturday night, as expected Steve was top class, everybody loved him and I can’t thank him enough for all that he did." - Shawn, Lincoln Fight Factory

Back to 'Boxing Speakers'

To book Steve Collins as the speaker for your corporate event, function or conference, contact The Motivational Speakers Agency using the contact details below: 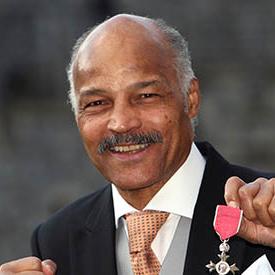 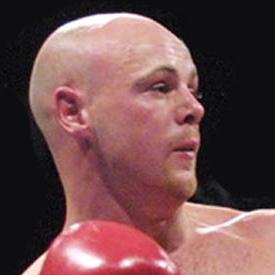