A boxer who won world titles across five weight divisions and was named Boxer of the Decade in the 80s, Sugar Ray Leonard is one of the greatest fighters of all time. From the ring to the media, Leonard has since become a popular analyst and sought after motivational speakers, able to inspire audiences with his influential career.

Widely regarded as one of the world’s greatest boxers in the history of the sport, Sugar Ray Leonard is an icon of the industry. The undisputed champion enjoyed more than 20 years in the ring and earned an enviable collection of belts for his performances. As the first boxer to be paid more than $100 million in purses, Leonard’s career was history-defining in more ways than one, and his continued popularity in sports and beyond is a testament to his success. As a prominent figure in the media and boxing today, Leonard is highly sought after for speaking engagements, with audiences revelling in the opportunity to hear from such a legendary sports personality, discussing his highs, lows, and post-boxing ventures.

Following an incredible amateur career, in which he won Gold at the 1976 Olympics, Leonard turned professional in 1977. Establishing himself as a dominant figure in the ring, Leonard earned his first world title in 1979 when he beat Wilfred Benitez for the WBC Welterweight and later secured the undisputed Welterweight Champion. Sugar soon became recognised as one of ‘The Fabulous Four’ a group of elite boxers who fought each other throughout the 80s popularising the lower weight divisions. Throughout his career, Leonard redefined the sport by winning world titles in five weight divisions defeating the likes of Thomas Hearns and Marvin Hagler in the process. Upon retirement, Leonard had amassed an incredible ratio of 36 wins from 40 fights.

As a history-making sportsman, Leonard has been recognised internationally for his achievements, earning such accolades as Boxing Writers Association of America Fighter of the Year on three occasions and by The Ring on a further two. From Boxer of the Decade to Sports Illustrated Sportsman of the Year, Leonard is widely considered one of the best the sport has ever seen. BoxRec officially ranked him as the 23rd Greatest Boxer of All Time in pound for pound rankings, a testament to his influence in the ring.

Despite retiring in the late 90s, Leonard has remained a prominent and popular personality in the media and has worked as a boxing analyst for ABC, CBS, HBO and many other high-profile channels. With such an established platform, Leonard has also been sought after to support global campaigns for brands including Coca-Cola and Ford, responsible for the widescale success of endorsements. Much of Leonards current time is dedicated to motivational speaking engagements, where he inspires audiences internationally with anecdotes from his defining career.

First Boxer to be Paid More Than $11 Million in Purses

Recognised as One of the ‘Fabulous Four’

Won Gold at the 1976 Olympic Games

Named as Boxer of the Decade

Ranked as the 23rd Greatest Boxer of All Time

Back to 'Boxing Speakers'
To book Sugar Ray Leonard as the speaker for your corporate event, function or conference, contact The Motivational Speakers Agency using the contact details below:
Enquiry form 0207 0787 876 [email protected]
* 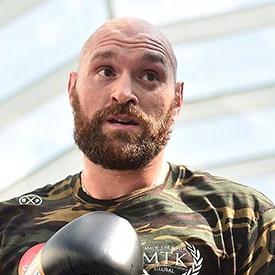