Carly Fiorina is a highly successful businesswoman, best known for her tenure as the CEO and Chairman of Hewlett Packard. Widely remembered for revolutionising the business, taking it from recession to being America’s 11th largest company, Carly is now a popular speaker for a range of corporate events. As a speaker, Carly is booked to cover topics such as leadership, diversity, potential and high-performance.

Highly successful businesswoman Carly Fiorina has enjoyed a career at the top of the technology industry. Having been the CEO of America’s 11th largest company, Carly has made headlines as the first woman to lead a Fortune Top 20 company as recognised by Fortune Magazine. With such a distinguished career behind her, Carly is now a popular choice as a keynote speaker for corporate and educational events. As a speaker, she is revered for her business knowledge, hired to speak on topics such as unlocking potential, linking history to today, learning lessons and diversity in the workplace.

The former CEO and Chairman of Hewlett Packard, Carly is widely remembered for the impact that she had on the American information technology company. First appointed to manage the company in 1999, Carly initially joined the technology sector when it was experiencing a terrible recession. Nevertheless, Carly took the recession in her stride, continually developing the company with growth, innovation and increased revenue until it became America’s 11th largest company. The company was also named as one of the World’s Most Respected Companies by the Financial Times and in the 100 Best Corporate Citizens by Business Ethics Magazine list during Carly’s tenure in management.

Before forging her successful career in business, Carly studied at the Robert H. Smith School of Business and the MIT Sloan School of Management. Graduating with an MBA in Marketing and an MS in Management, Carly then entered the working world as a management trainee for AT&T. Hitting the ground running, before long Carly became a Senior Vice President of AT&T, making headlines as the first female officer. She later went on to work for Lucent Technologies, where she ultimately became the President of the Consumer Products Sector. Carly was then recruited to join HP, quoted to have ‘obliterated’ the glass ceiling with her appointment.

Since leaving HP, Carly has created a reputation as a passionate entrepreneur and has also been involved with politics. She has been the Chair of Good360, a company that donates merchandise to charities, and has also been the Fund Chair of the One Women Initiative, a keen philanthropist at heart. Carly is also the founder and Chairman of Unlocking Potential, a non-profit organisation focused on investing in human potential and the support of local leaders, and the founder and chairman of Carly Fiorina Enterprises. She was also appointed as the Chairman of the External Advisory Board of the CIA after the 9/11 terror attacks and launched a campaign for then-President Barack Obama in 2015. Most recently in 2020, Carly has become the Chair of the Colonial Williamsburg Foundation.

With a successful career behind her, Carly is now a popular choice as a speaker for corporate events. Having managed one of the largest American companies, and been named the Most Powerful Women in American Business by Fortune Magazine Carly is also fortunate to have been a published author with titles of Tough Choices, Rising to the Challenge and Find Your Way. As a speaker, Carly has spoken for various high-profile clients and covers topics such as her journey from secretary to CEO, high-performance culture, diversity, unlocking potential and more. A fantastic speaker with invaluable expertise in business, Carly Fiorina is the perfect speaker for events.

"Carly surpassed our expectations- her message was powerful and resonated with our clients who are struggling to rebuild their practises after COVID significantly disrupted our industry. She took the time to understand our unique needs as an organization and our audience's struggles. This allowed her to tailor her message in a way that connected with our customers and executives and gave them actionable insights they could apply in practice immediately"- Spear Education

Back to 'Female Business Speakers'
To book Carly Fiorina as the speaker for your corporate event, function or conference, contact The Motivational Speakers Agency using the contact details below:
Enquiry form 0207 0787 876 [email protected]
* 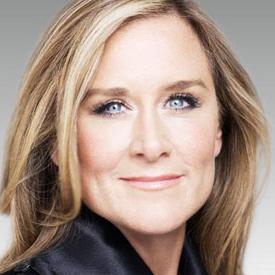 Angela Ahrendts Former Vice President of Retail for Apple and CEO of Burberry, Board Member of the Ralph Lauren Corporation and Save The Children