Jon Wright is known as one of the masterminds behind the famous smoothies of Innocent Drinks. Co-founder, Co-CEO and COO of Innocent, Jon has worked at the helm of a highly popular drinks company and learnt lessons of business management. Frequently booked as a speaker for events, Jon tells the tale of how Innocent went from having no funding to turning over £250 million.

Jon Wright is widely known as the co-founder of Innocent Drinks. Spearheading healthy, sustainable and charitable produce, Jon’s Innocent Drinks company is now turning over revenues of £250 million, selling across the globe in 15 countries. As the co-CEO and COO of Innocent, Jon has left his mark on the company with many of the operations and processes he set out still used today. As a speaker, Jon is sought to cover his experience of building a company from nothing, inspiring budding generations of entrepreneurs.

After studying at the University of Cambridge, Jon graduated with a master’s in manufacturing engineering. Upon graduation, Jon joined the world of business taking on the role of a consultant for Bain & Company. After finishing working with Bain & Company, Jon joined his two friends Adam Balon and Richard Reed to co-found Innocent Drinks, starting the now illustrious brand in 1999. After formulating the brand's iconic smoothies, the trio took the products to a music festival to find whether consumers would enjoy their products. Proving an immense success, the trio were motivated to push the brand to become what it is today. Since founding Innocent Drinks, Jon has seen his company thrive, even being included in Happy Meals from McDonald's!

During 2008 Jon, unfortunately, experienced the global financial crisis, seeing his business suffer an £8.6 million loss. Despite such struggle, Jon led the business back to the top of the market running the supply chain and developing the processes and systems of the business. During such a hard period, Jon was able to expand the business to an international scale and became the UK managing director and COO of Innocent Drinks. A year later in 2009, Jon, Richard and Adam decided to sell a stake of Innocent Drinks to Coca Cola. Remaining in operational control, Jon continued to develop the sustainable and healthy produce of the company, before ultimately selling 90% of their stakes to Coca Cola in 2013.

Since selling most of his shares in the business, Jon has gone on to co-found JamJar Investments. Jon worked alongside his previous co-founders of Innocent Drinks, Adam Balon and Richard Reed, to set up the investment company after they were previously refused investment when setting up Innocent Drinks. Motivated to help other budding entrepreneurs to make their dreams a reality, JamJar Investments invests in entrepreneurs who have an inspirational concept and team.

Throughout his career, Jon’s savvy business mindset has credited him with countless awards. In accompaniment with Innocent Drinks, Jon has received the Orange Innovative Company of the Year award and the National Business Awards’ Small/ Medium Business of the Year award. He has also been fortunate to claim both the E&Y’s Young Entrepreneur of the Year and ITV’s Britain’s Great Business Award at the Great Britons Awards.

With such experience as a businessman, Jon is now sought as a public speaker to deliver on what it takes to start a business from scratch. Throughout his time at Innocent Drinks, Jon has also been a prominent advocate for sustainable produce and climate change, two other subjects that he is sought to cover. From not being able to gain funding to running a £250 million turnover company, Jon epitomises perseverance and proves to budding entrepreneurs to not give up on their dreams.

Watch this speech that Jon delivered at the London School of Economics:

"Your professional approach and relevance of the information you shared with is really impressed the audience. Moreover you quickly and most generously responded to our many requests with patience and good humour. Your superb performance set the tone for the rest of the day and was greatly appreciated by all participants."- Bell Canada

"The result of your comprehensive survey of Canadian's attitudes about the family was an excellent kick-off to our conference...it provided all the special services staff with current, informative and positive information. Comments included, "excellent, timely and appropriate", "would have liked to hear more", "engaging style", and "excellent research made sense." - Halton Board of Education

Back to 'Business Speakers'
To book Jon Wright as the speaker for your corporate event, function or conference, contact The Motivational Speakers Agency using the contact details below:
Enquiry form 0207 0787 876 [email protected]
* 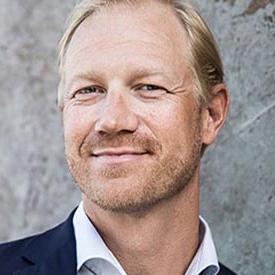 Jonas Kjellberg Creator & Former Managing Director of Skype, Chairman of the Board of NORNORM