Leading businessman Justin King is widely known for his tenure as the CEO of supermarket giant Sainsbury’s. CEO of Sainsbury’s for a decade and formerly Director of Food at Marks and Spencer, Justin has built extensive knowledge of the fast-paced and ever-changing environment of retail. With a CV boasting several high-profile businesses, Justin is sought as a public speaker to deliver on various aspects of business managements from his time at the top of the retail industry.

After graduating from the University of Bath with a degree in Business Administration, Justin was propelled into the world of business when he started work for Mars. Acting as a production shift manager at Mars, Justin oversaw the production of the famous Galaxy chocolate. Before long another industry-leading name joined his CV, joining PepsiCo in 1989. His time at PepsiCo saw Justin travel the world, initially based in the Middle East before joining Diageo Plc in 1990 again at the helm of the retail industry. Acting as managing director, Justin revolutionised the market with this company overseeing the introduction of famed ice cream brand Hӓagen-Dazs to the United Kingdom.

Justin continued to dominate the food market, later appointed as managing director of hypermarket divisions for Asda in 1994 and the Director of Food at Marks and Spencer in 2001. It was in 2004 when Justin accepted his most prominent role, beginning his decade long tenure as the CEO of Sainsbury’s. Just was able to pioneer great change for the then failing supermarket chain, joining the firm at a time when they had lost market share. After introducing the ‘Making Sainsbury’s Great Again’ campaign, Justin was able to take the company from strength to strength ultimately securing growth in sales of £2.5 billion. After a successful 10 years with the supermarket giant, Justin left the company in 2014.

Since leaving Sainsbury’s Justin diversified away from his career-long dedication to retail and supermarkets. In 2015 he took on a new challenge, becoming the chairman of the Manor Marussia F1 Team. However more recently, Justin has been reappointed by Marks and Spencer as a non-executive director to help revive the profits of the brand and ultimately end their financial struggles. Such a commitment to the retail industry has seen Justin gain much praise, including the appointment of CBE during the 2011 Birthday Honours. He has also been recognised as Britain’s Most Impressive Businessman in the IPSOS-MORI Captains of Industry Report as well as the Most Admired Business Leader by Management Today.

With such extensive expertise, Justin is now sought as a public speaker. From reviving customer loyalty to bringing businesses back from financial ruin, Justin is considered an authority and leading expert in the world of retail business management. Covering his personal journey of retail management and the lessons that he learnt along the way, Justin King is the ideal speaker to cover all aspects of business management at your next event.

“We asked him to be motivational and personal and he did not disappoint.” - Confederation of British Industry

Back to 'Leadership Speakers'
To book Justin King as the speaker for your corporate event, function or conference, contact The Motivational Speakers Agency using the contact details below:
Enquiry form 0207 0787 876 [email protected]
* 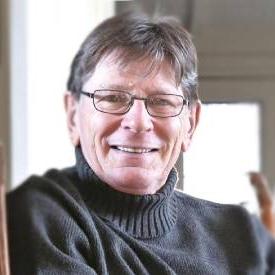