Simon Woodroffe OBE is the British entrepreneur behind YO! Sushi, who enjoyed huge success in the music entertainment industry before becoming one of the country's most pioneering businesspeople.

Having designed and staged concerts for some of the leading lights in music, from Rod Stewart to Stevie Wonder, Madness to George Michael in the 1980s and 1990s, he would go on to front the development of television deals for international rock concerts.

He would later found the UK's first and only conveyor belt sushi bar - YO! Sushi in 1997 with his life savings of £200k. The first restaurant in Soho, London became a phenomenon. Despite this, he was unable to secure financing from banks, but with the backing of companies as established as Honda and Sony, he was able to secure extended terms on his debt payments from his largest supplier. The success of Soho's YO! Sushi restaurant led to an expansion of over 100 restaurants in the UK and overseas.

Soon, Simon became one of the brightest business minds in Britain and was recognised as such when he won the Ernst & Young Entrepreneur of the Year award in 1999 and YO! Sushi won the Best Venue at the Retailer of the Year awards in 2001. His entrepreneurial fame saw him appear as a Dragon on the first series of future BAFTA-winning business investment show, Dragons' Den.

In 2003 he would sell his controlling stake in YO! Sushi for £10 million, turning his attention to the launch of airport and city hotel chain, Yotel, as well as YO! Home and YO! Japan that formed part of the YO! Company. He was awarded an OBE in 2006 for his services to British business.

Today, Simon is an in-demand business management speaker specialising in business innovation and management. A visionary and vehicle for the expansion of Japanese cultural initiatives into Western society, Simon Woodroffe is one of the most intriguing keynote speakers in the field of business.

Inspiring audiences to follow their own aspirations, Simon is an open and honest business consultant that your business may well need. Endlessly creative, passionate and forward-thinking, Simon is the ideal speaker for corporate events involving SMEs and blue-chip companies.

Take a look at Simon talk about his journey to the top;

"Very obliging on the evening. Gladly networked with out guests. Great entertainer and showman." - Muckle LLP

"Simon has always delivered a strong message, which is full of practical learning for the audience as well as personal insights." - IOD

"His combination of corporate and entrepreneurial experience is rare & valuable.He brings all his rich experiences to his presentations." - Caspian Media

"Simon was the highest-rated speaker at the event, his talk was dynamic and generated a lot of questions and discussion." - Economist Conferences

Back to 'Food & Drink Speakers'
To book Simon Woodroffe as the speaker for your corporate event, function or conference, contact The Motivational Speakers Agency using the contact details below:
Enquiry form 0207 0787 876 [email protected]
* 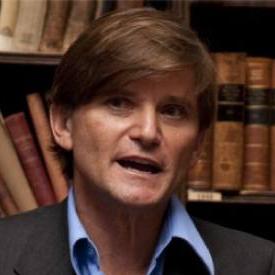 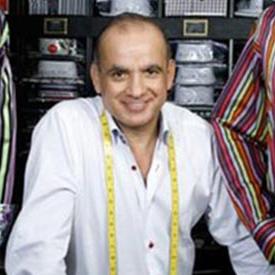