Dame Inga Beale is famed for being the first female CEO of Lloyds of London, a global insurance firm. Having since stepped down as the CEO, Inga was able to steer the firm to great success and has become an influential figure in the world of business. Today, she is frequently booked as a public speaker, covering topics such as creating an inclusive workplace, modernising tradition and cultural change.

Dame Inga Beale is a revered businesswoman, who has made many firsts during her career. Having worked with top insurance firms such as Lloyds of London and Prudential Assurance, Inga is an expert on finance and has thrived in an initially male-dominated sector. Today, Inga is a popular choice for a speaker at corporate events, having previously spoken for the likes of Google and the Ministry of Defence.

Inga Beale is famed for becoming the first female CEO of Lloyds of London. Her appointment at the helm of Lloyds of London turned heads, making headlines as the only female CEO in 328 years of the company’s history. Dame Inga has also proven an influential figure in the LGBT community, coming out as openly bisexual and the first female bisexual to be named in 1st position on the OUTstanding & FT Leading LGBT Executive List.

During her time working for Prudential Assurance, Inga was appalled by the inequality that was prevalent in the workplace, today as a public speaker advocating the importance of an inclusive workplace. After a year of travelling and backpacking, Inga left Prudential to become an employee of the insurance department of General Electric. Trotting the globe from Kansas to Paris and Munich, Inga later went on to work for Zurich Insurance Group, Canopius, Converium and the Chartered Insurance Institute.

Having revolutionised the sector of insurance and defied the odds in a male-dominated sector, Inga has received great recognition for her work. She was appointed DBE for her services to the Economy, a testament to her commitment to insurance and finance. Inga has also committed her time to support the LGBT community, a pivotal figure in the introduction of LGBT support and resource groups as well as LGBT Insurance Networks. Currently, Inga is a Non-Executive Director of Crawford & Company and Chair of Mediclinic. Most recently, Inga was selected to become the President of The British Swiss Chamber of Commerce, commencing her appointment on the 1st of February 2022.

Inga has also dedicated time to being a patron of Insuring Women’s Futures and a member of the Stonewall Development Council. As a board member, Inga has committed her attention to London’s Mayor Business Advisory Board, the London First Board and the UK Government’s Financial Services Trade and Investment Board.

Such experiences and passion for work have made Inga a popular choice for event speaking at corporate conferences. Spending a great deal of time creating diversity and inclusion in the workplace, Inga is the perfect choice as a speaker to talk about how to create inclusive workforces. She is also known to speak on how companies are able to modernise tradition and change the risk landscape. A knowledgeable, passionate and influential speaker, Dame Inga Beale is a perfect choice for a range of corporate events.

"Dame Inga Beale's talk was brilliant for an organisation like ours; she covered topics such as diversity, leadership, team work and culture change which affect us all in our daily working lives. She was animated and engaging throughout the virtual presentation, utterly unphased by technological hitches and a large audience. Inga answered the questions posed at the end in a very considered way, from teams at all levels and functions at our company. I am absolutely certain that we all left the presentation with thoughts on how each of us can contribute to fostering greater collaboration." - Kerry, Open Health

"Lovely discussion with authenticity and impact. I truly enjoyed Inga's style of engaging with her audience. She was genuine and inviting and encouraged each of us to take action" - FTI Consulting

"I wanted to thank you for presenting at the MOD IKX Symposium last week. It is obvious that you are an authority in your subject and your presentation was informative, enlightening and thought provoking. We have received many complimentary comments about your presentation and more than a few who want to release the potential of their team. One such example was “Dame Inga was very very inspirational. What a great speech." Your contribution to the day was significant, tying together the benefits to the organisation and individual of valuing individual contribution and also the techniques and challenges of achieving it. Thank you again." - Stew MacLeod, Ministry of Defence

"I've had some incredible feedback from all around the business"- Juliet, IFM Investors

"Thought Inga was great and I feel that the feeling was mutual so please thank her from all of us"- Cordelia, Operations Associate, Google

"Dame Inga Beale was fantastic! She is such an inspirational leader and attendees in the webinar were engaged through out, and so interested in what she had to say"- Sylvia, OneStreamSoftware

"I just wanted to let you know that we were thrilled with Inga’s involvement on today’s event. Thanks for all your help in coordinating this, I think we will definitely want to involve Inga in future events if she is willing." - Aisling, Corporate Sales Support Manager, Bupa Global

"We chose Dame Inga Beal to be the first key note speaker hosted by our global LGBTQ+ ERG. The event was to mark the international day against homophobia, biphobia and transphobia. Overall we were extremely happy with the talk Dame Inga gave. Champions UK were also extremely helpful and always at hand throughout the whole process of organising the event. We would highly recommend Dame Inga, we received fantastic feedback from the session with many people commenting on how impactful, inspirational and personal the story Dame Inga shared with us was. Her willingness to tackle any difficult questions that were raised during the talk made the event even more powerful and enabled us to convey the importance of an inclusive culture in the workplace." - Christopher, UBC

Back to 'Business Speakers'
To book Inga Beale as the speaker for your corporate event, function or conference, contact The Motivational Speakers Agency using the contact details below:
Enquiry form 0207 0787 876 [email protected]
* 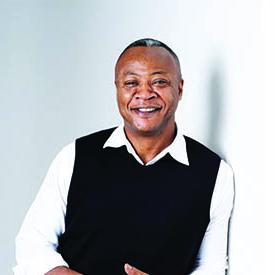 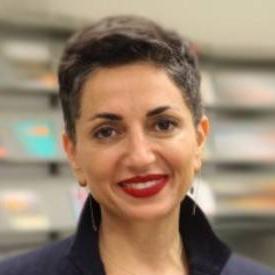