Serial entrepreneur Mike Harris is best known as the founding CEO of Firstdirect, Egg Banking Plc and CEO of Mercury Communications. At the helm of major consumer businesses, Mike is an experienced and savvy businessman respected as an authority within his sector. As a speaker he sought to deliver his successful story of business and the lessons which he learnt along the way. Interactive and passionate, Mike is the perfect speaker to engage corporate audiences.

Throughout his career Mike Harris has possessed a keen passion for technology and banking, beginning his working life at Midland Bank (now known as HSBC) in the IT department. Since then Mike has pioneered the sectors of online banking and communications, leaving Midlands Bank to join Space-Time Systems in 1986. Two years later, Mike made the decision to re-join Midlands Bank, a move which proved crucial to his career after he ultimately became the founding CEO of Firstdirect. Established in 1989, Mike acted as the founding CEO of Firstdirect and the brand became the World’s first telephone bank.

After his tenure with Midlands Bank, Mike then moved to join Mercury Communications. Appointed as the CEO of Mercury Communications, Mike was able to spearhead the business to success overseeing turnover increase from £1 billion to £1.6 billion. He also established the Mercury consumer brand, which was ultimately sold to NTL for a staggering $10 billion. Mike then moved on to join Prudential plc, tasked with the creation of their banking division. Never failing to deliver, Mike became the founding CEO of Prudential Banking. Finding a passion for banking, Mike was inspired by Prudential Banking to create more financial companies. He soon became the founding CEO of Egg Banking Plc, sitting at the helm of the first internet banking company in the UK. Egg Banking remained at the top of the online banking circuit, even becoming the largest internet bank in the UK for several years. Upon his retirement as CEO, Mike continued with Egg as a Vice-Chairman of the Board until 2005.

His next business venture came in the form of Garlik, the semantic web company. Co-founding Garlik, the business soon went from strength to strength opening offices as far afield as New York. Acting as the Chairman of Garlik until 2011, Mike ultimately decided to sell the business to industry giant Experian. After leaving Garlik, Mike was appointed as the Chair of Innovation for the Royal Bank of Scotland and he has also founded IconicShift. Passionate to help develop budding future generations of entrepreneurs, Mike founded IconicShift with the vision of providing coaching and mentoring to help people to bring their business dreams into reality. Additionally, Mike has also made guest appearances at the MIT Sloan School of Management, delivering public speeches to inspire future entrepreneurs to follow in his footsteps.

With a credible track record and plethora of knowledge, Mike Harris is the perfect speaker to captivate audiences at events. Delivering dynamic and interactive sessions, Mike is able to provide personal tales of the business sector, along with the struggles and successes that he has experienced along the way.

"Mike completely changed the atmosphere of the room – he was inspiring and the round of applause at the end of his talk was heartfelt. We can all learn from him"- Monica Gibbs, BT Wholesale

"Fantastic! Mike provides a great opportunity for leaders to get excited and inspired to challenge and improve their leadership qualities"- James, HSBC Capital Market Sales

"Mike takes me out of my comfort zone and helps me change the angle from which I view things"- Ettienne, NTL

"Mike inspires you to open your mind – and be prepared to think the unthinkable"- Jonathon, Boots Healthcare International

Winner of the 2008 BT Flagship Award for Innovation

Back to 'Business Speakers'
To book Mike Harris as the speaker for your corporate event, function or conference, contact The Motivational Speakers Agency using the contact details below:
Enquiry form 0207 0787 876 [email protected]
* 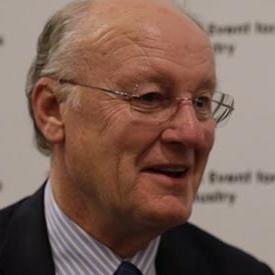 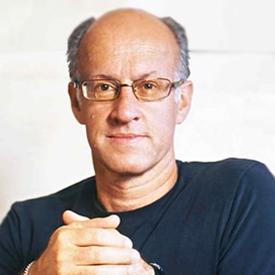