Having been widely acknowledged as one of the greatest batsmen of all time, Brian is an inspirational professional cricket speaker.

Brian Lara is a Trinidadian former international cricketer. Popularly nicknamed The Prince of Port of Spain or simply The Prince, he is widely acknowledged as one of the greatest batsmen of all time.

He is the only batsman ever to have scored a century, a double century, a triple century, a quadruple century and a quintuple century in first-class games over the course of a senior career. Lara also shares the test record of scoring the highest number of runs in a single over in a Test match, when he scored 28 runs off an over by Robin Peterson of South Africa in 2003 (matched in 2013 by Australia’s George Bailey).

Lara’s match-winning performance of 153 not out against Australia in Bridgetown, Barbados in 1999 has been rated by Wisden as the second-best batting performance in the history of Test cricket, next only to the 270 runs scored by Sir Donald Bradman in The Ashes Test Matchof 1937. Muttiah Muralitharan, rated as the greatest Test match bowler ever by Wisden Cricketers’ Almanack and the highest wicket-taker in both Test cricket and in One Day Internationals (ODIs), has hailed Lara as his toughest opponent among all batsmen in the world.

Lara was awarded the Wisden Leading Cricketer in the World Awards in 1994 and 1995 and is also one of only three cricketers to receive the prestigious BBC Overseas Sports Personality of the Year award, the other two being Sir Garfield Sobers and Shane Warne.

Brian Lara was appointed an honorary member of the Order of Australia on 27 November 2009. On 14 September 2012 he was inducted to the ICC’s Hall of Fame at the awards ceremony held in Colombo, Sri Lanka as a 2012–13 season inductee along with Australians Glenn McGrath and former England women all-rounder Enid Bakewell. In 2013, Lara received Honorary Life Membership of the MCC becoming the 31st West Indian to receive the honour.

He has the dubious distinction of playing in the second-highest number of Test matches (63) in which his team was on the losing side, just behind Shivnarine Chanderpaul. 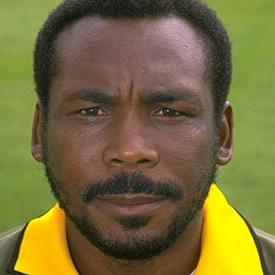