Matthew is regarded as one of the most successful cricketers to have played for England, having been part of the inspired 2005 Ashes’ winning side. Retiring in 2013, Hoggard was the captain of Leicestershire CCC from the 2010 season onwards, coming from his boyhood county Yorkshire.

Achieving 93 England caps throughout his career, he was awarded the Wisden Cricketer of the Year in 2006. A wonderful sports speaker, Matthew’s delivery of speeches is full of enthusiasm and passion for competition and peak performance, ensuring he is in constant demand as a guest personality.

Under the guidance of Hoggard, Leicestershire won the Twenty20 Cup in 2011, propelling them to become the most successful short game team within England. His inspirational leadership skills translate into his ability as a cricket speaker, specialising in delivering talks as an after dinner speaker.

England’s sixth highest wicket taker with 248 wickets during his 67 matches, Hoggard was released from Yorkshire 2009 and was quickly instated as the captain of Leicestershire CCC. Being immediately awarded the captaincy displays the faith and confidence that Leicestershire held within Hoggard, again exhibiting his professionalism and stature within the world of cricket.

Life after cricket is proving to be as successful and exciting for Hoggard as ever, becoming a sought-after commodity with global media and within the after dinner speaker circuit. Further loved due to his enthusiasm, his passion for the sport and his ability to connect with his team and the audience, Hoggard has found himself agreeing to media commitments with stations BBC, BT Sport and Sky Sports.

Full of energy and enthusiasm Hoggard offers a vast amount as a cricket speaker, conveying his enthusiasm and charisma through talks as an after dinner speaker. An admired professional, Hoggard is ideal for all events due to his recognisable stature, his charming nature and the way he enchants the audience to his every word.

Get a feel for how Matthew speaks at events, here:

Matthew was nothing short of phenomenal. The evening was a huge success for the club with 150 people attending, Matthew took the time to talk to everyone before doing the awards, including playing a quite exquisite cover drive with a spade across my arse, a moment that will forever live with me. His after dinner speech was outstanding, how he had everyone on the edge of their seats, truly captivating. I honestly can’t praise him highly enough, the bar has well and truly been set, the worry is that we will never top it. – Chris Sayers, Forton Cricket Club

Matthew Hoggard was the perfect guest of honour at our dinner. Friendly, funny and entertaining. He was willing to help us in any way he could on the night which ended with his fantastic speech which was packed with laughs. Incredibly easy to deal with, he made our evening a wonderful success. I would wholly recommend him. – Paul Smith, Brainwave

It was great to meet Matthew at the annual dinner for our village cricket club, Burton Agnes. He was able to chat with our players and guests and his speech or his reflections on a career stretching from Pudsey to an MBE proved that success hadn’t spoiled him. You can take a Yorkshireman out of his county but success hasn’t taken the Yorkshire out of Matthew. – Dave Jackson – Burton Agnes Cricket Club

Thank you for your assistance with the arrangements with Matthew for our dinner on Friday night. Could you please pass on my thanks on to Matthew as well. The night appears to have gone down as a success and I think in many ways down to Matthew who was a great speaker and guest. I would highly recommend him for future dinners. – Sophie Graham, Saint & Co Chartered Accountants

Matthew Hoggard was guest speaker at an Annual Dinner held by Headingley Golf Club, Leeds at the Clubhouse on 6 March 2015. 110 guests were present. Matthew is a local lad, born in Pudsey, who went on to play for Yorkshire in 1996 and England in 2000. He became the fast bowling stalwart of one of the most successful England Cricket Teams of all times. During a golden period between 2004 and 2006 he played in 40 consecutive test matches, beating the West Indies in the Carribean for the first time in 36 years, South Africa on their home grounds and finally winning the Ashes in England for the first time in 18 years. His talk was an inspirational journey from playing junior cricket for Pudsey Congs in the Bradford League to that glorious Ashes win in 2005, Buckingham Palace for an MBE and Downing Street. I would recommend him to you all. – Philip Kay, Headingley Golf Club

Back to 'Cricket Speakers'
To book Matthew Hoggard as the speaker for your corporate event, function or conference, contact The Motivational Speakers Agency using the contact details below:
Enquiry form 0207 0787 876 [email protected]
* 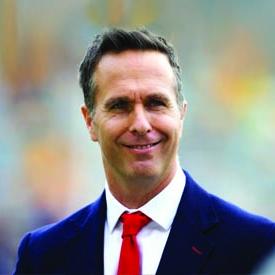 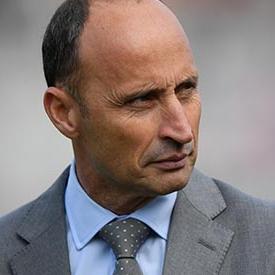