June Sarpong has enjoyed a successful career as a television broadcaster, best known as a panellist on Loose Women and The Pledge. Most recently, June was appointed as the first Director of Creative Diversity for the BBC, and has since gone on to champion diversity, inclusion and equality within the media and workplace. As a speaker, June is sought to cover the importance of diversity and inclusion, encouraging corporate clients to make change in the bid for a more accepting world.

Making her fame on the big screens of British television, June initially started her career broadcasting with Kiss 100 radio station. Finding a passion for broadcasting and entertaining the public, June later became MTV UK and Ireland presenter of the MTV Dance Floor Chart and a prominent face of the T4 section on Channel 4. From that point on the presenting and television roles flooded June’s way, with presenting credits including Your Face or Mine?, Dirty Laundry, Playing it Straight, Smash Hits Poll Winners Party and Party in the Park.

Proving to be a hit with the general public, June soon became well known for her charming personality and ability to work the crowds. Before long she was scouted as a guest panellist on the ITV programme Loose Women. Entertaining thousands, June made various appearances as a guest on the show before ultimately becoming a regular Loose Women panellist, leaving in 2016. Proving popular as a panellist, June has also appeared on panel shows such as Question Time, 8 Out of 4 Cats, Have I Got News For You?, Nevermind the Buzzcocks and Celebrity Juice. June has also made regular appearances as a presenter for the Sky News programme The Pledge.

Most recently, June was appointed as the Director of Creative Diversity for the BBC. In this role, June is at the helm of improving the diversity and inclusion of the broadcaster and how this is represented and portrayed. A prominent ambassador for the BBC, June is frequently seen championing diversity and advocating the need for change in the workplace and improved representation of minorities in the media. In support of her advocacy for diversity, June has authored two books titled Diversify: Six Degrees of Integration and The Power of Women discussing topical issues surrounding the subject. June also co-founded the WIE Network, an international conference surrounding the topics of gender equality, female excellence and empowerment and founded the Decide Now Act Summit.

Appointed MBE and OBE for her commitment to broadcasting, it is without a doubt that June Sarpong has become one of the most well-known faces across British television. A public favourite, June is now highly sought as a public speaker, sought to cover the course of her illustrious broadcasting career and her mission to create a more diverse and inclusive world. Covering topics such as diversification in the workplace, creative diversity, social change, women’s rights and fulfilling potential, June is the ideal speaker to encourage positive change amongst your audience and be a huge hit at all corporate events.

June Sarpong is the current Director of Creative Diversity for BBC. Here she is discussing diversity and inclusion as part of Virgin's Breaking Barriers Spotlight series

"We absolutely loved the session with June Sarpong. And June made for a formidable duo that rocked the house of Co-Op! Haha, that sounds like a quote out of Pose. But it was truly a fantastic session. June was powerful in her storytelling and very honest in sharing her thoughts around inclusion, bias and allyship. Thank you all for your support in helping us to deliver this session during Black History Month." - Ash, Co-Op

"It was a great event, I really enjoyed June's take on unconscious bias and allyship in particular the practical things everyone can do to challenge themselves. It was awesome to learn more about Shirine. Thank you for bringing this to life for us" - Denise, Co-Op

"What a great session- thanks so much to June and Shirine, I got a lot from hearing their experiences" - Laura, Co-Op

"So glad I managed to join this event, June's storytelling was amazing and such an insightful and engaging session. Well done all involved" - Kerry, Co-Op

"This was a brilliant session... if you didn't manage to dial into the event, take the time out to listen. Will really help you think through the small steps we can all take as individuals. Thank you Rise and Shirine, what a session!" - Tessa, Co-Op

"Please pass on our thanks to June - she was awesome as expected. Her messaging on diversity, equity and inclusion was on point, her storytelling was engaging and thought-provoking- what a great guest speaker and interviewee. We're really pleased. Thanks to June, and also to you for your support" - Liz, Stephenson Harwood LLP

First Director of Creative Diversity for the BBC

Author of Diversify: Six Degrees of Integration and The Power of Women

Co-founder of the WIE Network

Diversification in the Workplace

How to Fulfill Your True Potential

Back to 'Diversity and Inclusion Speakers'
To book June Sarpong as the speaker for your corporate event, function or conference, contact The Motivational Speakers Agency using the contact details below:
Enquiry form 0207 0787 876 [email protected]
* 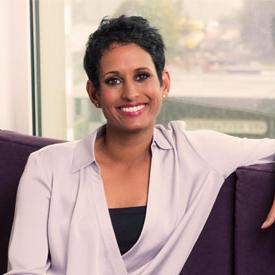 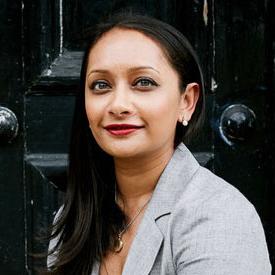