Patrick Vernon is a leading social commentator, cultural historian and health activist. A prominent figure in both the public and private sectors, Patrick has established a reputation for being a passionate advocate for the Windrush Generation and has also pioneered services across social care, employment, cultural heritage and regeneration – all subjects he can cover as a keynote speaker.

Social commentator, cultural historian and health activist, Patrick Vernon has established a reputation for his passionate advocacy for the Windrush Generation. He is currently the Chair of the Citizens Partnership for the Health and Safety Investigation Branch and the Associate Director of the Centre for Ageing Better. Patrick is now booked as a keynote speaker for events on topics of mental health, equality, diversity, cultural migration history, Windrush and more topical subjects.

Best known for his work on Windrush, Patrick is the founder of the Windrush Justice Fund and has used his credible platform as a medium to raise awareness of injustice. Having encouraged over 180,000 people to sign campaigns of amnesty for Windrush children, Patrick is determined to see a world that is more equal for all. He has also formerly been the Race Equalities Advisor to the Shadow Equalities Ministerial Team and been an advisor of equality and diversity for Lambeth and Harrow Councils.

Other prominent roles of Patrick’s include Associate Fellow of the Department of the History of Medicine at Warwick University, Director of the Camden and Islington Mental Health Foundation, Health Partnership Coordinator for the National Housing Federation and Editor of the Black History Month and Windrush Commemorative magazines. Patrick is also widely known as the first Director of Black Thrive, the Chair of the Westminster Race Equality Partnership and the founder of Every Generation Media and 100 Great Black Britons.

Having made a substantial impact as a social commentator and cultural historian, Patrick has been commended to the highest degree. He has been appointed Pioneer of the Nation and OBE by the Queen, as well as being awarded the coveted National Campaigner Award 2019. He has also been the recipient of an Honorary PhD from Warwick University and named on the 2020 Powerlist of 100 Most Influential Black People in Britain.

Named as one of the 1000 Progressive Londoners and as one of Britain’s Top 20 Campaigners, Patrick is now a popular choice as a speaker for corporate events. Having passionately campaigned for justice for the Windrush Generation, Patrick is perfectly positioned to speak on African genealogy, Black British History, cultural history, equality, diversity and race equality. Also an adept health activist, Patrick is booked to speak on mental health, public health and NHS reforms. When looking for a diverse and knowledgeable speaker, Patrick Vernon is a fantastic choice.

We recently sat down in an exclusive interview with Patrick Vernon, to hear his thoughts on mental health in the Black community and how businesses must tackle discrimination in the workplace. Watch the Q&A on our YouTube channel, along with many other exciting interviews.

"The session went great! Please express my thanks to Patrick and thank you for all your help in setting this up!" - Carissa, JP Morgan

"Please extend our thanks to Patrick- it was a really insightful and inspirational session. We look forward to collaborating with him again in the future!" - Nina, Associate Director, Regulatory & Public Policy, Ernst & Young

"Patrick Vernon is a social commentator and campaigner and has been at the forefront of several high-profile campaigns on cultural heritage and social justice in the UK over the last decade. He has used experience in senior management in the voluntary and public sector plus his passion for cultural history to develop new models of thinking around transformation changes in service development, equalities, innovative thinking for social change. He is a trained life coach and mediator where his experience and knowledge has been used for leadership development and public speaking from grassroots organisations to public and private bodies." - Private Event

Back to 'Diversity and Inclusion Speakers'
To book Patrick Vernon as the speaker for your corporate event, function or conference, contact The Motivational Speakers Agency using the contact details below:
Enquiry form 0207 0787 876 [email protected]
* 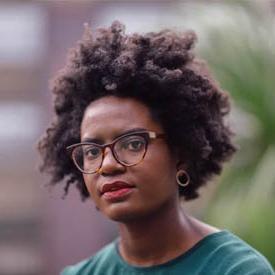