Richard Reed is best known as the Co-Founder of Innocent Drinks and Jamjar Investments. Since founding Innocent Drinks in 1999, the company has gone from strength to strength and has claimed awards such as Innovative Company of the Year. Originally established as a healthier alternative, Innocent has since begun to focus on sustainability and Richard is now often booked as a sustainability speaker for events.

Displaying an entrepreneurial spirit from a very early age, Richard Reed first began setting up businesses from just eight years old. Since his early days of entrepreneurialism, Richard is now famed as one of the co-founders of Innocent Drinks and Jamjar Investments. First sold at a music festival, Richard and his co-founders asked customers: ‘Should we give up our jobs to make these smoothies?’ The overwhelming opinion was that they should… so they did and the Innocent company was born. Known for its off-beat but user-friendly way of communicating with customers the Innocent company has expanded its production to veg pots, Super Smoothies, cold press fruit juices, veg juices and vegan nut and oat drinks.

Formed in 1999, the Innocent company has gone from employing three members of staff to 350, with a turnover of more than £200m a year and its products sold in 15 countries. The brand grew to become the biggest in Europe and in 2013 it was sold to Coca-Cola. According to Richard, products made by Innocent, including coconut water, lightly sparkling fruit juices, children’s drinks and fruit tubes, are intended to “help people live well and die old”.

Richard is also passionate to give back to the world, with his business donating 10% of its profits to international charities- in turn helping people to escape hunger and poverty and build a better life for themselves. Richard is also the published author of the book If I Could Tell You Just One Thing...Encounters with Remarkable People and Their Most Valuable Advice, donating his royalties to five mentoring and social inclusion charities. Richard is also widely known as one of the co-founders of Jamjar Investments, an investment company that helps to develop brands, connect with consumers, harness the power of creativity and support businesses through their investment.

Richard has also set up The Big Knit, working with Age UK, where people knit scarves and other items to keep the elderly warm - working with the company’s stated aim of 'to leave the planet a little bit better than how we found it'. Reed was appointed CBE in 2016 for services to the food industry and to charity. He is also the founder of The Innocent Foundation, supporting various organisations that benefit communities, are non-profit and support charitable causes.

With such a successful career behind him, Richard is now often booked as a passionate and engaging speaker who shares anecdotes from how he made Innocent Drinks into the success that it is today. A seasoned speaker, Richard has previously spoken for the likes of Allianz and IBM, as well as being invited to deliver the TEDx talk 'How to Catch a Success Monkey'. When looking for a passionate business speaker, who also has ethics and sustainability at the forefront of their agenda then look no further than Richard Reed- a perfect speaker for a range of corporate events.

"Another show-stopping tour de force! Thank you so so much for your presentation, it was bang on the money and had everyone rapt" - John, CEO, British Brands Group

"Richard was a great addition to the conference. His style was relaxed, inspirational and extremely engaging. Very positive feedback!" - Terrapinn Ltd

"His message was very relevant and thought-provoking and he was a speaker many could have listened to for very much longer than the time he was given. We would have no hesitation in booking him again." - IBM

"Richard was fantastic! He was just what we needed with our focus on Values and was very entertaining and yet brought home the serious business points we were looking for." - Allianz

"He was energetic and passionate and his message was inspiring. Great insight and brilliantly presented. Some clear and helpful statements. It was entertaining while at the same time very inspiring. Amazing personality and opened my mind regarding how to develop your business. Inspirational story." - Permira Advisers

"Richard brought his slides and it all worked well, technically; his talk was really great and we've had some excellent feedback." - Allen & Overy

Back to 'Entrepreneurship Speakers'
To book Richard Reed as the speaker for your corporate event, function or conference, contact The Motivational Speakers Agency using the contact details below:
Enquiry form 0207 0787 876 [email protected]
* 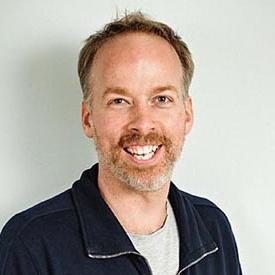 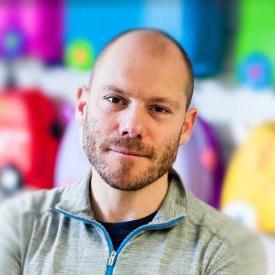