Motivational speaker, Tim Campbell, has gone from winning the BBC TV show 'The Apprentice', to being awarded the MBE for Enterprise Culture in 2012, reflecting his genuine passion for business and its ability to make massive changes to people’s lives.

Having won the title of ''The Apprentice 2005", Campbell joined boss Alan Sugar's company Amstrad earning a cool £100,000 salary. He became Project Director of Amstrad's new Health & Beauty division. Campbell was kept on at Amstrad after the end of his original 2-year contract, however in March 2007, having served two years at the company, he left to set up a perfume business. Lord Sugar said at the time that Campbell had been a "great asset" to the company.

It was announced in the that Campbell received an MBE in 2012, for Services to Enterprise Culture. Since then, Campbell has been a member of Estate Office Property Consultants, a boutique property investment and development agency in London, where he focuses on investments and acquisitions for High Net Worth Individuals and organisations seeking prime property opportunities.

As a motivational speaker, Tim Campbell can draw on his experience as the Founder of the Bright Ideas Trust entrepreneurial social enterprise – which gives young people from disadvantaged backgrounds help in turning their business ideas into a reality – and author of the best-selling book "What’s Your Bright Idea?" He has also been the government’s social enterprise adviser and London’s ambassador for training and enterprise while being tasked to look into tackling the main difficulties that London’s young people face.

Frequently appearing on British TV and in quality national newspapers, Tim is now Head of Client Services at International Talent Acquisition Outsourcing company Alexander Mann Solutions. He has also been the motivational speaker for the NHS, the Institute of Directors, EE, Ernst & Young, Deutsche Bank, Barclays, Lloyds Banking and BT. Among the subjects that Tim has spoken on in the past are the value of embracing and coping with change, managing talent in a team to ensure success, the true value of customer service, the formula for success and what makes an entrepreneur – are they born or made?

"Absolutely super - Tim's such a nice bloke and comes across as himself: a nice, hard working chap. Went down very well with a very mixed audience." - Sounds Commercial Ltd

"Very happy with his response to our event brief. Extremely accommodating from arrival in Belfast until his departure. Exceptionally approachable and interested in the overall objectives of the event.Very positive reaction, good audience interaction during presentation and post event. Tim Campbell was very patient and has a very pleasant manner with all guests." - Stakeholder Communications

"Tim was very well received – he is a great speaker who can engage with his audience. His anecdotal approach is one which appeals and the audience could relate to. Tim spoke with conviction and sincerity and communicated his passion and commitment in both a moving and profound way. At the completion of a physical development scheme it is often the case that launches declaim the building rather than the use. Tim’s contribution put people back into the frame and provided an uplifting and inspiring finish to the event." - London Thames Gateway Development Corporation

Back to 'Entrepreneurship Speakers'

To book Tim Campbell as the speaker for your corporate event, function or conference, contact The Motivational Speakers Agency using the contact details below: 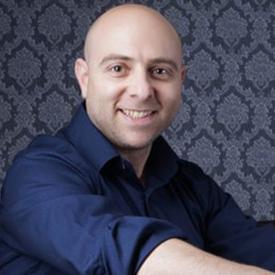 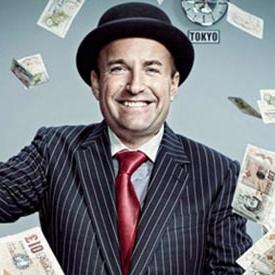