As a motivational speaker, Frank has plenty to entertain audiences with as he runs through his extensive football career, including appearing six times for his national team Scotland. In all, he played 393 matches and scored 136 goals. Frank spent his most productive years playing for West Ham Utd (85 matches, 33 goals) and Celtic FC – managing 55 matches and 27 goals during his first spell at the Scottish club and 30 matches, 10 goals in his second spell.

Frank has become a highly popular football speaker because of his engaging style and wonderful repartee, revealing what life is like behind the closed doors of a football team’s dressing room and what it is like to reach the very peak of your career through sheer hard work and determination.

By starting his time as a professional footballer from such an early age, Frank McAvennie has lived and breathed the beautiful game and always speaks with such joy and positivity, which audiences genuinely appreciate whenever he appears as a motivational speaker.

"Frank was outstanding with his speech which was exceptionally witty and mostly directed at himself. Although we are a Rugby Club and Frank's speech was very firmly football related the stories and occasions he related to reflected on the standard and status of him when he was a player and those internationally known colleagues he mixed with." - Tom Hamilton, Dalziel RFC

Back to 'Football Speakers'
To book Frank McAvennie as the speaker for your corporate event, function or conference, contact The Motivational Speakers Agency using the contact details below:
Enquiry form 0207 0787 876 [email protected]
* 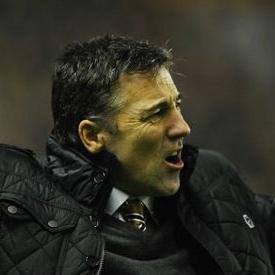