Martin Chivers is a major name in British football whose golden years were between the early 1960s and the late 1970s. Between 1968 and 1976, this motivational speaker scored 174 goals in 367 appearances for the London club Tottenham Hotspur (who he joined as England’s most expensive player at the time).

Before moving to Spurs, Chivers played for eight years for Southampton, scoring four short of 100 goals in 175 matches. And between 1971 and 1973, he was called up to the England national team 24 times, hitting the net on 13 occasions.

Chivers’ career never managed to reach quite the same heights again after he left Tottenham Hotspur, although when he played 66 games for the Swiss football club Servette in Geneva, the motivational speaker scored the equivalent of one goal every two matches. After leaving Servette, Chivers went on to play for Norwich City, Brighton and Hove Albion, Dorchester Town, the Norwegian club Vard Haugesund and Barnet.

Nicknamed on the field as Big Chiv – because he stands at 6ft 1in (1.85m) the motivational speaker has been on the winning side on countless occasions and played in teams that have reached major heights in national and international football, including the League Cup and the UEFA Cup. His autobiography is called Big Chiv – My Goals In Life.

Get to know Martin a little bit better, by watching the interview below: 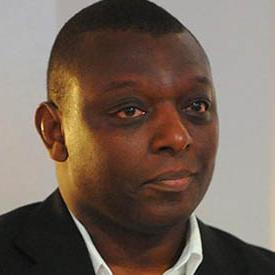