Extremely popular football speaker, Mike Phelan is an English professional football coach and former player. Born in Nelson, Lancashire, he spent most of his playing career at Burnley, Norwich City and Manchester United, with a short spell at West Bromwich Albion before retirement.

While he was with Manchester United, he also earned a single cap for England. In 2002, Norwich fans voted Phelan into the club’s Hall of Fame. After the end of his playing career, Phelan moved into management. He first took a position as Gary Megson’s assistant at his former club, Norwich City, before following Megson to Blackpool and then Stockport County.

After Megson left Stockport, Phelan was hired by another former club, Manchester United, taking over as the assistant manager of the club’s reserve team. Two years later, he was promoted to become Sir Alex Ferguson‘s chief first-team coach, and in 2008 he replaced Carlos Queiroz as Ferguson’s assistant manager.

He remained in the position until Ferguson’s retirement in 2013, when Ferguson’s successor David Moyes replaced the entire coaching staff. After a year out of football, Phelan was appointed as first-team coach back at Norwich City in November 2014 and took temporary charge of the club when manager Neil Adams resigned in January 2015, only to be relieved of his duties by Adams’ permanent replacement, Alex Neil.

A month later, he was appointed as assistant manager at Hull City under former Manchester United teammate Steve Bruce. He was promoted to first team management following the departure of Bruce on a temporary basis before the 2016-17 season. This was made permanent on 13 October. He was sacked from his position with Hull on 3 January 2017 with the club 20th in the Premier League. 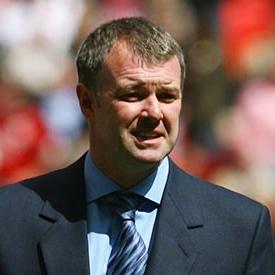