Starting off as a promising footballer on the books of York City and Scarborough as a teenager, Simon eventually took up golf and by 16 he had achieved a scratch rating. As a member of the GB&I team which won the Walker Cup in 1999 at Nairn, he turned professional the same year and with a very promising golfing future!

Starting on the Asian Tour, he won the Asian PGA Tour Order of Merit, Player of the Year and Rookie of the Year in 2000, winning 3 tour titles. He broke through on the European Tour in 2006, winning the Enjoy Jakarta HSBC Indonesia Open and the KLM Open that year. Simon's most successful year came in 2009 when he won the KLM Open for a second time; with an impressive final round, he defeated Peter Hedblom and Peter Lawrie in a three-man play-off. In October that year, Dyson shot a 6-under final round to take victory at the Alfred Dunhill Links Championship 2009. Dyson finished the year ranked 8th on the Race to Dubai standings.

Now with a total of 9 professional tour wins, Simon plays on the European Tour, complimenting his on-course skills with numerous popular appearances as a sports speaker at specialist golfing events. Simon has appeared at charity golf days as well as working as a guest golf speaker at corporate events, providing entertaining and insightful stories into the world of professional golf.

As a golf speaker, as well as recounting his favourite moments on the tour, Simon discusses the importance of dedication and perseverance to a successful golfing game and highlights how invaluable his time was as both an amateur and as a professional on both The Asian and European Tours.

Simon shares some of his top tips here: 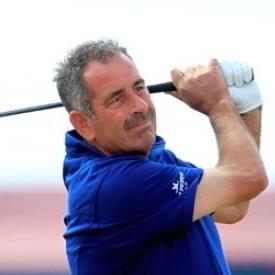